Unlike Snapchat and Facebook, the video platform’s parent company, Google, has its own operating system — which came in handy when users started opting out of ad targeting on iOS devices.

When Snap, the first major tech giant out of the gate with third-quarter earnings, revealed Oct. 21 an overall miss caused by Apple’s iOS privacy changes, shares tumbled 20 percent as analysts watched carefully to see whether the dent to targeted advertising would become a trend. For the most part, it has.

Released in April, Apple’s privacy change requires apps to receive user permission to track their behavior across other apps and websites. If the user opts out, the company can no longer track customers’ data within their own app using Apple’s Identifier for Advertisers system.

Twitter, led by mogul Jack Dorsey, also fell below Wall Street forecasts, and executives cited an ad slowdown due to Apple’s changes, though ad revenue itself was up 40 percent year-over-year. YouTube’s ad revenue also narrowly missed expectations, and Alphabet CFO Ruth Porat noted a “modest impact on YouTube revenues” due to the iOS changes during a call with analysts.

But of the four ad-driven tech companies, Alphabet — parent company of Google and YouTube — emerged with strong earnings, driven by the $53.1 billion in revenue from Google Advertising, which topped analysts’ expectations and signaled that Google was relatively immune from the ad losses that most notably impacted Snap and Facebook. And while YouTube, led by CEO Susan Wojcicki, missed expectations of $7.4 billion in ad revenue, the video platform still brought in a 43 percent increase year-over-year with $7.2 billion — a figure snapping at the heels of Netflix.

The trends demonstrated the strength of Google’s ad business, which was able to circumvent changes to ad targeting thanks to its dominance in search and the company’s ownership of the Android operating system, analysts say. After all, if users are directly typing in what they’re interested in, Google and YouTube need to rely less on tracking user behavior across other websites.

“Google has a lot of information about people already,” Third Bridge’s Scott Kessler notes. “They also happen to have their own mobile operating system. There are other ways that Alphabet can kind of get around these [tracking] issues where some of these other companies and platforms and apps aren’t as well suited to do that.”

MoffettNathanson analysts Michael Nathanson and Benne Rosner, in a note published Oct. 27, said Alphabet’s earnings, and its next quarter forecasts, “suggest that search advertising is rising in absolute value and YouTube’s blend of brand and performance advertising is satisfying clients” with their return on investment. Facebook and Snap, on the other hand, rely heavily on tracking user behavior across other sites for targeted ads meant to spur purchases.

“This has definitely been a frustrating setback for us,” Snap CEO Evan Spiegel told investors Oct. 21, adding that, with Apple’s privacy changes, sophisticated ad-targeting tools were “essentially rendered blind.”

With less information available — about 16 percent of U.S. users agree to be tracked, according to the mobile analytics firm Fully — some advertisers have reduced their spending at platforms that focus on targeted ads and sought out others that can provide more information, such as Google.

That, in the short term, might provide an edge to YouTube as it battles social media giants for ad dollars. 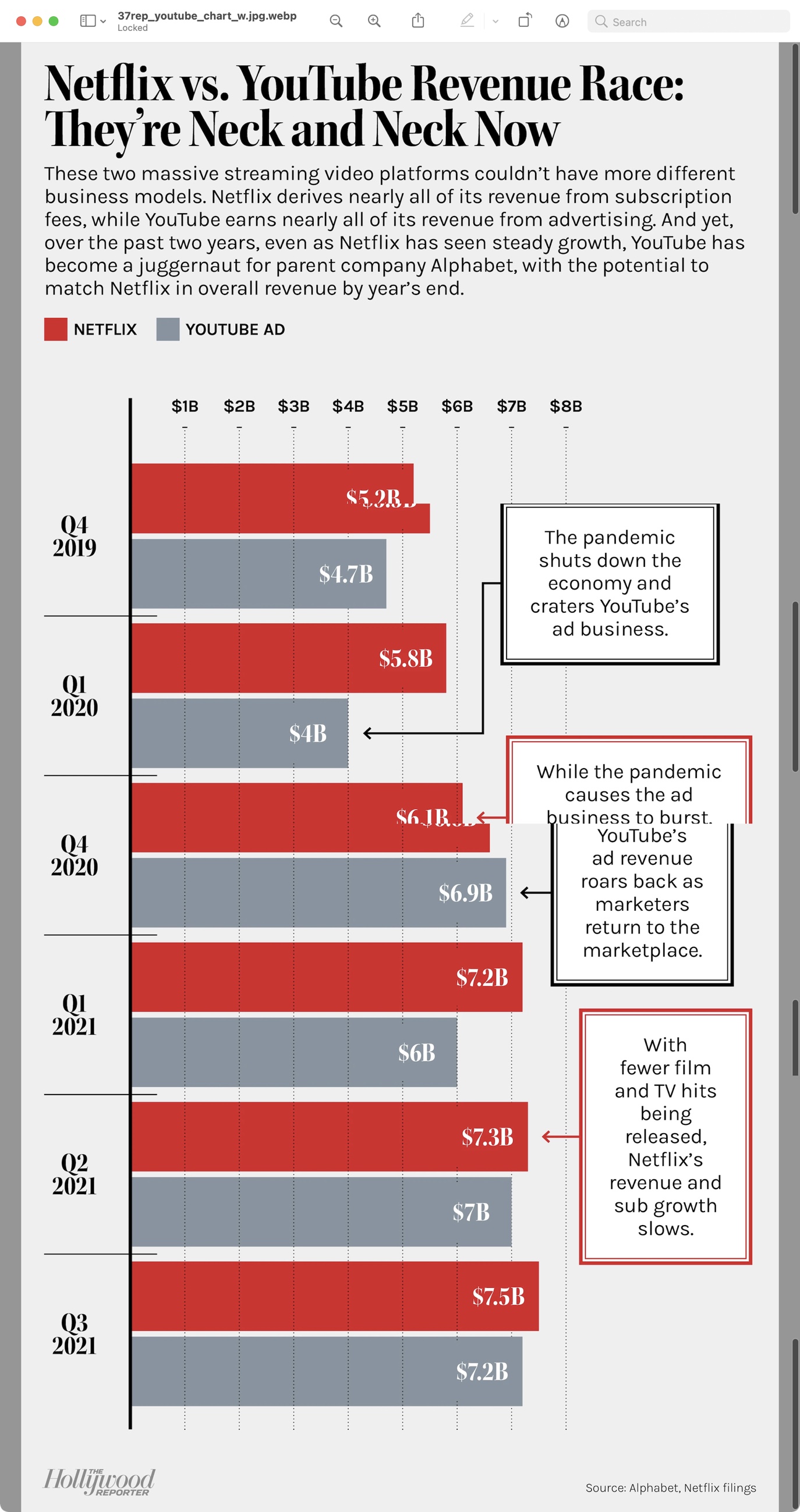