How Marvel Brought ‘Eternals’ and Its “Big, Dysfunctional Family” to the Screen

The team behind the latest MCU installment looks back at the journey.

There’s a room in Marvel Studios’ Burbank headquarters called the Black Widow room. It has no windows and few have access. The cleaning crew doesn’t touch it. That’s where screenwriters (and cousins) Ryan and Kaz Firpo spent months cracking the code for Eternals, the sprawling tale that spans 7,000 years and centers on ten immortal aliens sent to Earth to protect humanity from the monstrous Deviants.

“Every time we’d go into the office there’d be a new piece of concept art based on some ideas that we’d come up with,” says Ryan Kaz. “That was inspiring to see it grow and grow.”

The Firpos spent a lot of time hashing out the story with Nate Moore, the creative executive who recruited them for the job, and would often run into Marvel Studios boss Kevin Feige on Saturdays in the office. In 2018, filmmaker Chloé Zhao stepped on board with her own vision for the Eternals, the 1970s creation of Marvel legend Jack Kirby.

“Under the direction of Chloé, it is a deep exploration of humanity and this cosmic, cosmic backdrop that goes back to the big bang and the creation of suns,” says Feige.

The script went from focusing on 12 Eternals to 10, with the Firpos working with Zhao, and then Zhao bringing aboard screenwriter Patrick Burleigh, who spent time with her in London ahead of filming.

“When we were in London we were in an office and it was all hands on deck. Sixteen hour days in the office,” says Burleigh. “Meeting with Kevin, meeting with Nate, the other producer, turning out drafts every two weeks. Getting tons of notes. It was intense.”

Angelina Jolie was among the first stars to join, with the screenwriters tailoring the role of Thena for the star. That left nine other heroes — as well as some supporting characters — to fill out.

“We get to look far and wide. Sometimes we’re able to find the right person really quickly,” says casting director Sarah Finn, who notes Lauren Ridloff came easy as she was known for her Tony-nominated work in Children of a Lesser God and the team had already decided Makkari did not need to be a white male like in the comics. “Other times it’s a search,” adds Finn. “For Sprite, it was quite an extensive search to find Lia [McHugh] and I’m very excited for her.” 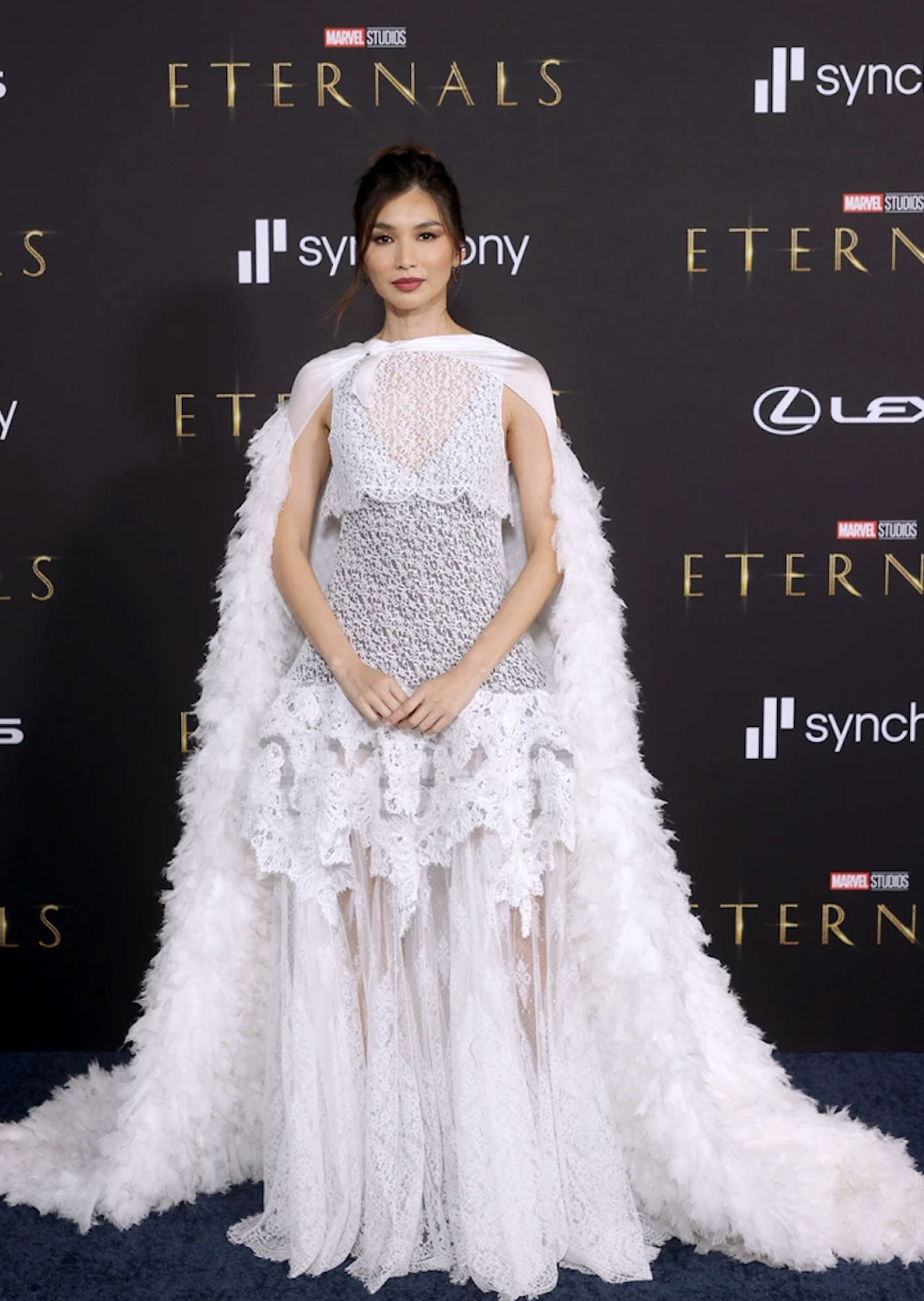 One surprise casting was Gemma Chan, already known for her work as a different character in Captain Marvel.

“I describe us as like a big, dysfunctional family. We are all so different,” Chan says of balancing work with the ensemble. “When we met each other and started doing the scenes, we realized we’d been cast because there were elements of ourselves in the characters we were playing.”

The cast also includes the onscreen reunion of Game of Thrones stars Richard Maddenand Kit Harrington for the first time since the Thrones pilot in 2010.

Harrington noted that he knew Chan as well as Madden, and was a fan of Zhao’s films before.

“It’s that call you get. ‘Marvel are calling.’ You’re ears prick up as an actor, instantly,” says Harington.

Though viewers haven’t seen Madden and Harington together in years, the pair are close friends.

“He’s my buddy so I see him all the time, so [it felt] kind of normal,” says Madden of working on set with Harington. “Kind of forgot we were at work. ‘Oh yeah, we got to do some work now.’” 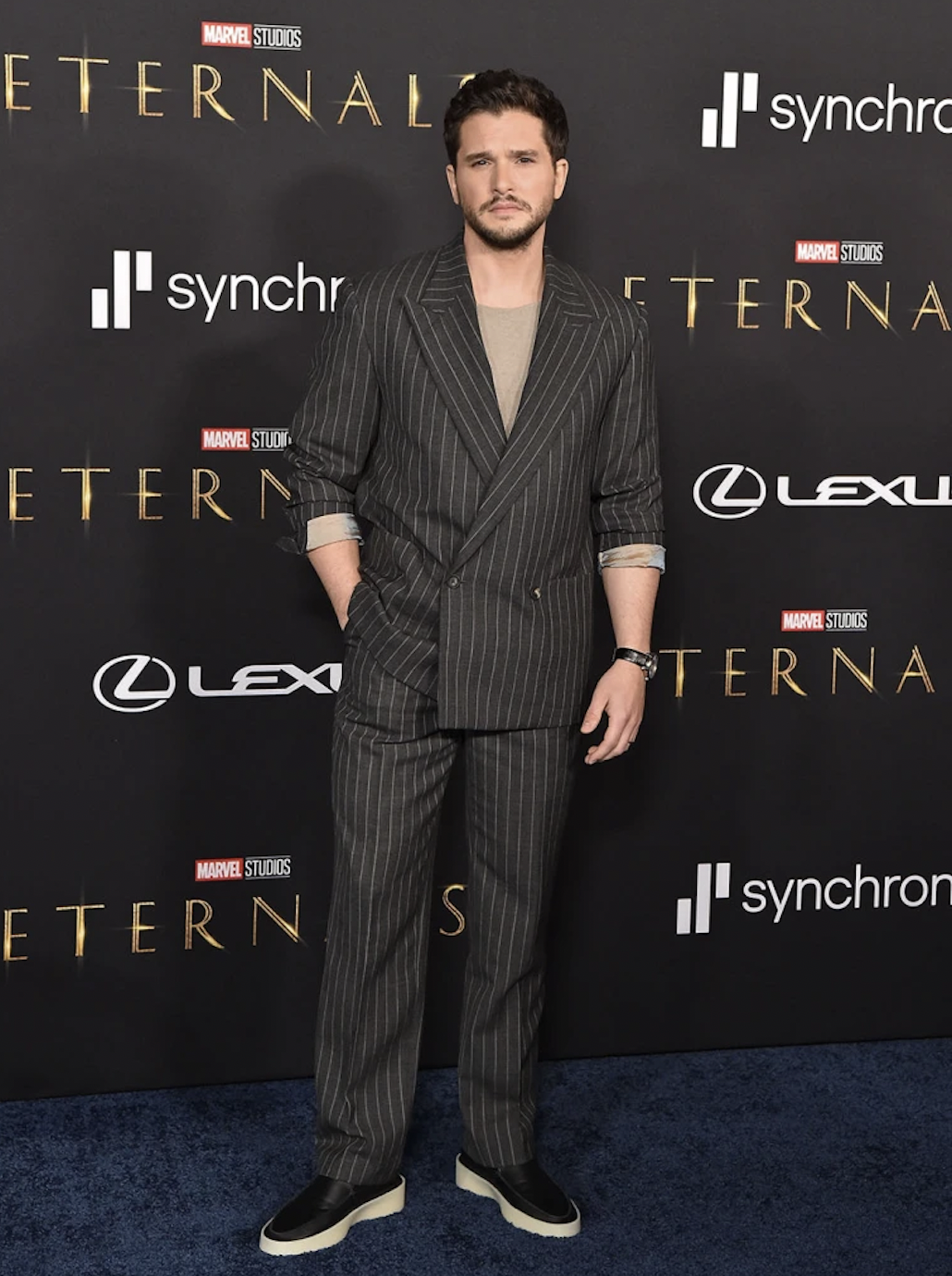 Don Lee, who broke out of Korea with Train to Busan, notes Hollywood has chased him for years but his scheduling has been hard to work out. The stars aligned for Eternals, in which he plays the strong Gilgamesh.

“This character wasn’t written for an Asian actor before in the comics, but they changed it to an Asian hero. I thought it was a smart idea for global audiences,” says Lee.

While Eternals has divided audiences, it is perhaps Marvel’s most unique film yet, not quite like anything the studio has released before.  Ridloff, who breaks ground as Marvel’s first deaf big-screen hero, Makkari, credits her director with having the vision to make something unique.

Says Ridloff: “She is an intimate filmmaker. She made a Marvel movie. She worked with this huge cast of A-listers. And she still claimed her ground.”