When the pandemic took root in March 2020, Miami hit the ground running with creative strategies to bolster its tourism industry, efforts that are clearly paying off.

“We have gone through many crises in this community – 9/11, the Zika virus, oil spills and multiple hurricanes – and consistently we have rebounded quicker than other destinations, and I think that speaks not only to the tourism industry but the resiliency of this community and our DNA,” said Rolando Aedo, chief operating officer of the Greater Miami Convention & Visitors Bureau.

“The pandemic was also unprecedented. We had never ever seen anything like it – it was like a combination of several other crises rolled up into one, but we still recovered faster and quicker than most,” he said.

“Florida opened earlier than many other destinations, which provided Miami with an opportunity to get out of the gate and showcase what most people already knew about – its weather, its amazing beaches – but it also gave us an opportunity to expand the perception of Miami and some of its other offerings.”

The CVB wasted no time creating tactical marketing strategies under the Miami Shines promotional recovery program, which promoted Greater Miami and the Beaches as a safe vacation destination and a future venue for meeting and conventions – and also offered an attractive portfolio of incentives for restaurants hotels, museums, spas and attractions.

Under the Miami Shines umbrella, the CVB launched MIAMILANDS, designed to broaden the perception of the destination as “home to multiple national parks, amazing outdoor spaces, and activities like kayaking, canoeing and camping – things that perhaps have not been associated with Miami,” Aedo said.

By February 2020, the Miami Shines campaign drove 161,833 hotel bookings accounting for almost $100 million in hotel revenue, in addition to a stronger awareness of the destination’s outdoor activities and offerings, the CVB said.

The success of the campaign, along with Florida’s early reopening and pent-up demand resulted in “the first half of 2021 being a record year in some metrics, including average daily room rates and revenue per available room, surpassing 2019 levels,” Aedo said.

That success, however, has been primarily driven by the domestic leisure market. To fully recover, Miami needs the return of international visitors, an increase of meetings and conventions business and the full resumption of cruising from PortMiami, he said.

The U.S. government’s plans to lift travel restrictions for entry into the country starting in November bodes well for the return of international travelers, which account for 40 percent of the destination’s visitor volume.

“What makes a massive difference is the revenue that the international market generates, which in some cases can be as high as high as 70 percent of the overall revenue pie,” Aedo said. 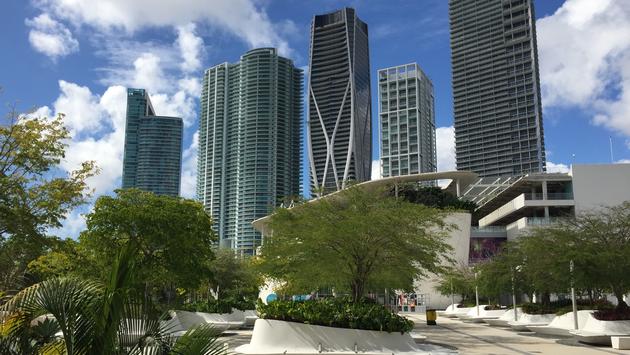 Meanwhile, an array of high-profile meetings and conferences have been returning to the destination and its convention center, which recently underwent a $650 million renovation, and will include an adjoining hotel, with groundbreaking scheduled for 2022.

“The cruise industry is critical to our recovery, and cruises are beginning to ramp up,” he said, adding that 12 percent of all hotel rooms were used by passengers for pre- and post-cruise stays prior to the pandemic.

In other developments, Miami’s hotel scene is flourishing. “We’re at 60,000 hotel rooms and we have another 15,000 in our pipeline,” including citizenM, which has plans to open two hotels, and such brands as Virgin Hotels and Yotel, Aedo said. “These are new brands coming into the marketplace.”

Airlines are also adding service, and Miami’s main carrier, American, will surpass its pre-pandemic numbers by the latter part of this year, he said. 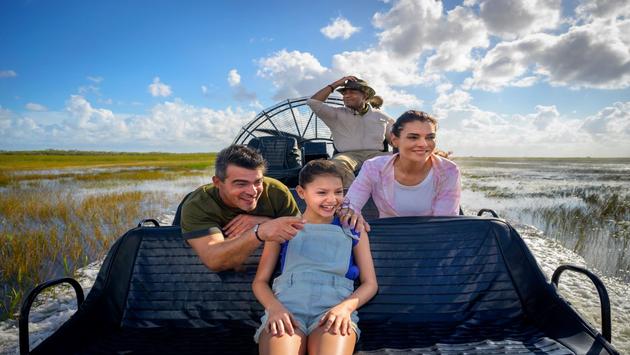 On the arts and culture front, one marquis event that was put on hiatus due to the pandemic – Art Basel – will return to Miami Beach in December.

“The reality is Miami has dramatically evolved its arts and cultural offerings and Art Basel is perhaps the most shining example of that,” Aedo said. “It’s arguably become the most important art show in Miami.”

In Aedo’s view, what distinguishes Miami is its “international flavor and the combination of not only being an amazing beautiful tropical destination, but also one that is very cosmopolitan, with the multiple cultures, cuisine and music.”

In the end, Aedo stressed that the destination is still in recovery mode. “We’re still rebounding,” he said. “We will see a more complete recovery in 2022, which is well ahead of schedule.”