In The News, Real Estate

Even though more homes are hitting the market, homebuyers appear to have tapped out of the market as pending sales continued to slip.

Sellers are coming back to the housing market. The number of homes newly listed for sale surpassed 2019 levels for the first time since the start of the year during the four weeks ending July 4. Despite a long-awaited increase in the supply of homes for sale, homebuying demand continued to slip, leaving the market feeling a few degrees cooler.

Pending sales posted their smallest year-over-year increase in almost a year, and fell twice as fast month over month as they did during this same time in 2009. The Redfin Homebuyer Demand Index—a measure of requests for home tours and other services from Redfin agents—also fell 1.2% week-over-week, and there was a similar decline in mortgage purchase applications. 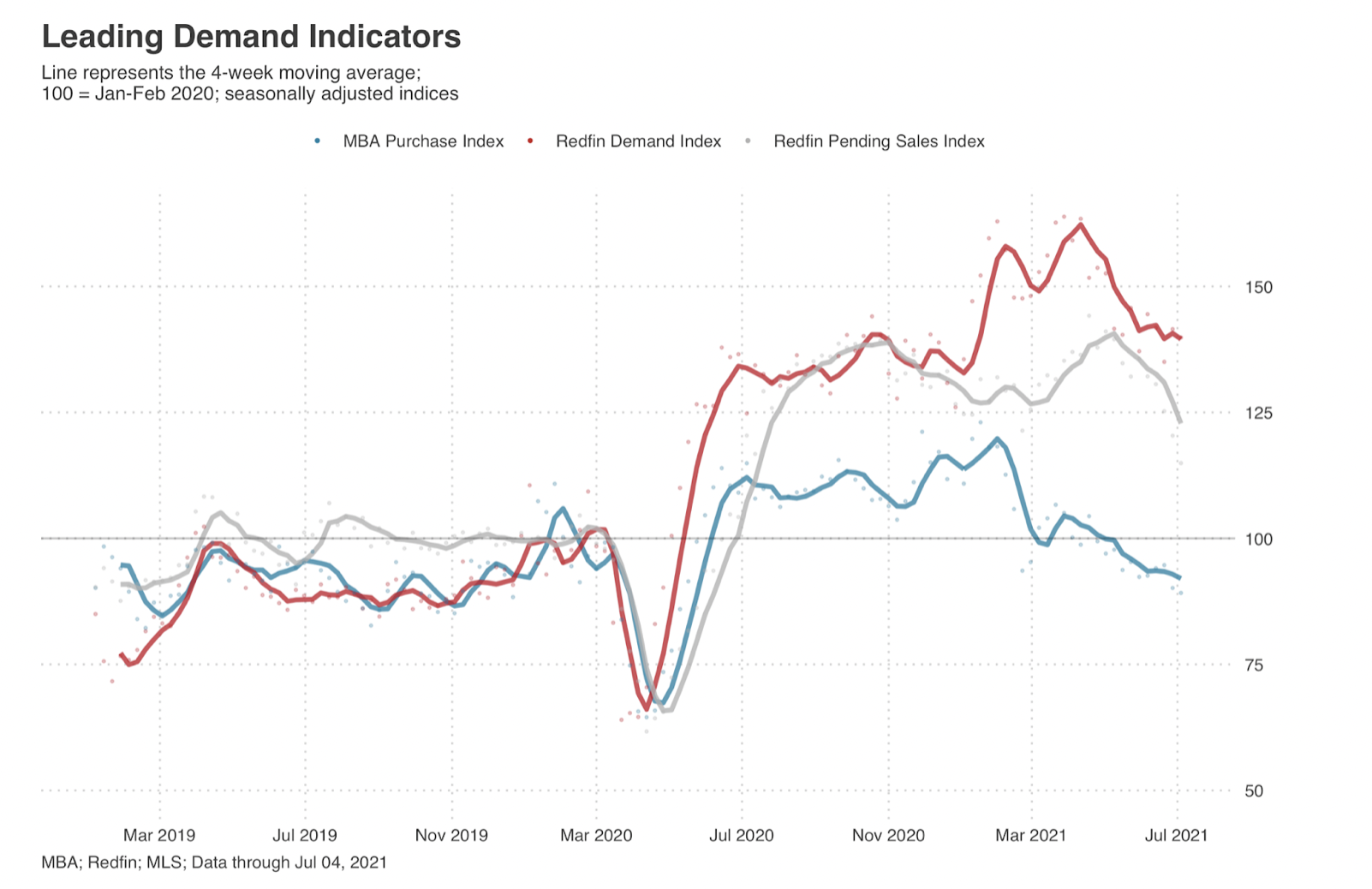 Despite the softening, the housing market is still very much tilted in sellers’ favor. Home prices are at record highs and more than 20% above the level they were a year earlier, and homes continued to sell faster than ever, with the typical home lasting just 15 days on the market. However, days on market have been flat for the past four weeks after falling for 18 straight weeks between February and June, and the share of homes sold above list price has flatlined after sharply rising over the same period.

Unless otherwise noted, the data in this report covers the four-week period ending July 4. Redfin’s housing market data goes back through 2012.

“Many buyers have backed away from the housing market and are waiting until more and better homes are listed,” said Redfin Chief Economist Daryl Fairweather. “Buyers don’t have the same sense of urgency that they did at the beginning of the year. They aren’t racing to buy before prices increase, because asking prices have already increased and stabilized. And they aren’t racing to buy before mortgage rates go up, because rates have dropped back below 3% and are likely to stay low. With more new listings starting to come on the market, buyers who threw in the towel may want to look again because the market is tilting more in their favor.”

Other other leading indicators of homebuying activity: