In The News, Politics

But after a deadly building collapse, the Republican governor is largely hitting pause on the culture wars.

In the two weeks since a 12-story condo tower in this coastal community suddenly crumbled, killing at least 64 people, DeSantis has stood somberly with local officials, including Democrats, as they assessed the damage. He nodded in agreement when Biden visited and hailed their joint appearance as a sign that those with opposing political views can work together in a crisis. And he even skipped a rally in Sarasota headlined by former President Donald Trump, whose early endorsement was crucial in helping DeSantis win the governor’s race in 2018. 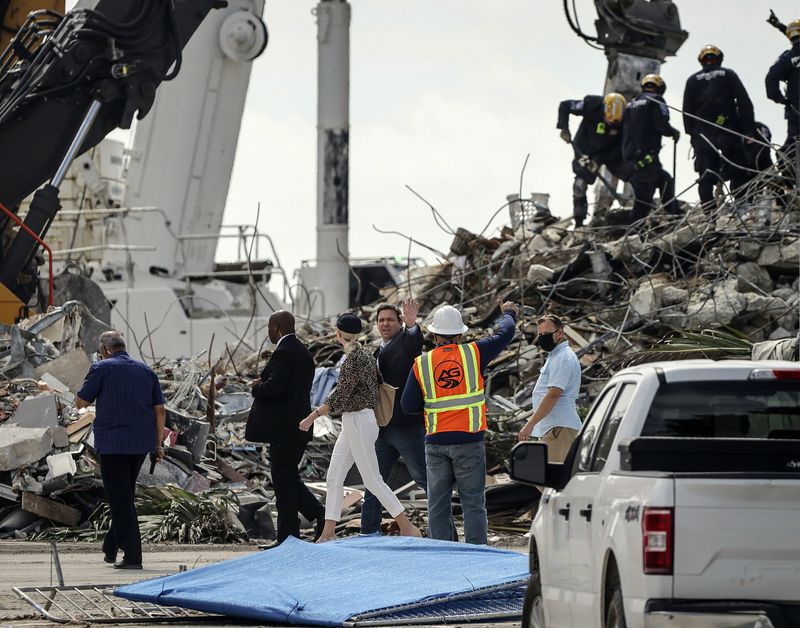 Since that victory, DeSantis has often taken his cues from Trump. But as he prepares for a reelection bid next year that could propel him into a presidential campaign, the tragedy in Surfside is exposing voters to a different side of the governor. He’s still the conservative populist who rarely parts with Trump. But unlike the former president, DeSantis is showing that he can tone down some of his most extreme partisan rhetoric during a disaster.

“The governor has been decisive. He’s been constant. He’s been collaborative,” Miami-Dade County Mayor Danielle Levine Cava, a Democrat who has sparred with DeSantis in the past, said in an interview. “Hats off to the governor for how he has supported us in this crisis.”

Charles Burkett, the nonpartisan mayor of Surfside, called the level of cooperation “astounding, even surprising.”

Of course, DeSantis isn’t ushering in a new era of bipartisanship or a Republican return to reality-based rhetoric. The governor has dodged direct questions on whether Biden’s victory in last year’s election was fair. A day after the collapse, DeSantis promoted an unusual plan to deploy officers from Florida to the southern border, a move Democrats dismiss as political theater.

Still, DeSantis’ actions present a sharp contrast with Trump. The former president often threatened to withhold aid to Democratic officials who criticized him, including Govs. Gavin Newsom of California and Andrew Cuomo of New York. At other times, he appeared insensitive or clumsy in his response to people’s suffering. During a visit to hurricane damaged Puerto Rico, for instance, Trump tossed rolls of paper towels into a crowd of residents.

Mac Stipanovich, a former Republican campaign strategist, said DeSantis is “less frightening than Trump” to some voters even as he steadily courts the former president’s base.

DeSantis “has a finely tuned sense of what is the best red meat, on any given day, to throw to the MAGA base and he does it with some skill and no shame,” Stipanovich said. “Soon as we’re beyond the window of this tragedy, everybody will be at each other’s throats once again.” 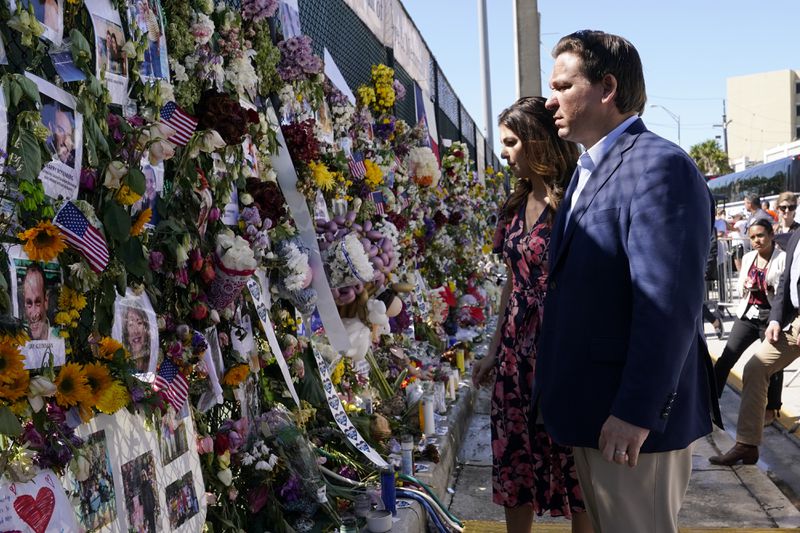 Indeed, the debate could swiftly move to how the state and local governments manage aging infrastructure. Officials in Miami-Dade County are moving forward with a 30-day audit of buildings that are more than 40 years old. DeSantis has questioned the necessity of a statewide review of older buildings.

While effective responses to catastrophes can help burnish a governor’s political reputation, the boost can sometimes prove fleeting. Former Govs. Jeb Bush of Florida and Chris Christie of New Jersey were widely praised for their response to devastating storms. But Trump, who never held political office before running for president, defeated both men for the 2016 Republican nomination.

DeSantis’ handling of the tragedy appears to have caught some Democrats off guard, leaving them with no unified response.

Rep. Charlie Crist, a Democrat hoping to challenge DeSantis next year, didn’t respond to requests for comment on the governor’s response to the collapse. Nikki Fried, Florida’s Democratic agriculture commissioner who has also announced a bid for governor, praised local officials, Biden and the Federal Emergency Management Agency. But she knocked DeSantis for wading into the politically charged immigration debate by sending Florida law enforcement to the border with Mexico.

“Although the Florida Division of Emergency Management has been working around the clock to support search and rescue efforts, it was unfortunate that Governor DeSantis diverted first responders to the southern border during this incredibly difficult time for the Miami community and our entire state,” she said.

Rep. Val Demings, a Democrat challenging GOP Sen. Marco Rubio, said she was “glad to see productive partnership between local, state, and federal officials as we work to save lives.”

“In times of crisis,” she said, “we need to set partisanship aside and do what’s right for our communities.”

DeSantis is gaining national attention at a critical juncture for Republicans. While Trump decides whether to run again in 2024, those with presidential ambitions are making aggressive moves to position themselves as his heir should he opt against a campaign.

For now, Trump remains happy to be aligned with DeSantis. But several people in touch with the former president and his team said he has paid close attention as DeSantis has wooed donors at Trump’s Mar-a-Lago club in South Florida and gained traction in some conservative circles. If DeSantis’ popularity rises and he threatens Trump’s status as the undisputed leader of the party, many Republicans privately expect Trump to turn on the governor.

Friction between the two spilled into the public for the first time last week when Trump rebuffed DeSantis’ entreaties to postpone the rally in Sarasota. Trump, who opened his remarks with a moment of silence for the victims in Surfside and their families, told the conservative network Newsmax that he and DeSantis had “mutually agreed” that the governor should skip the rally.

Trump has sought to keep the upper hand in the relationship, bringing up his early endorsement in several recent interviews. He has also said he would consider DeSantis as a potential running mate if he chose to run again for president.

For his part, DeSantis has said he is focused more on winning reelection next year than the 2024 contest. He is one of the few leading Republicans who has not yet visited Iowa, home to the leadoff presidential caucuses and a state dominated by conservative evangelicals who can sway the GOP’s direction. 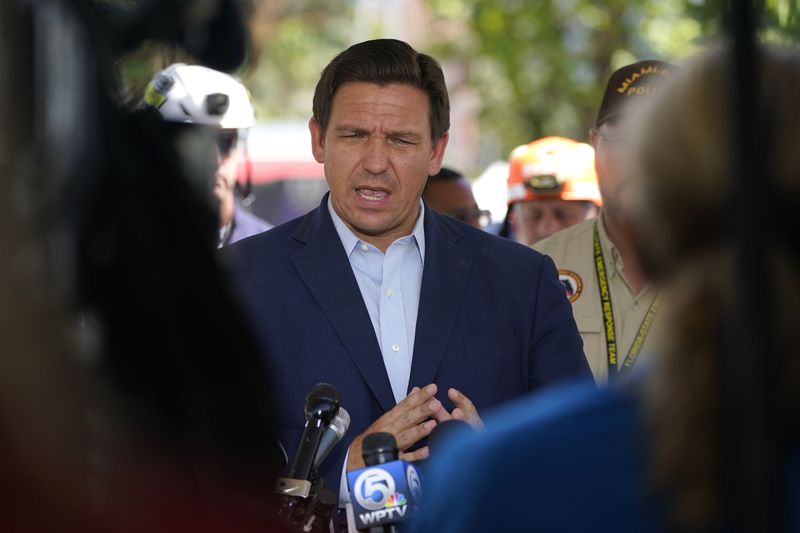 DeSantis has instead spent part of his summer traveling to political fundraisers in states including Pennsylvania and California. Tony Krvaric, who helped arrange an event on DeSantis’ behalf in San Diego, said the excitement surrounding the governor was “sky high” and his response to the collapse has further helped his reputation.

“He’s handled it professionally and with empathy,” Krvaric said.