Mercedes unveiled one of the final collaborations completed by famed designer, director of menswear at Louis Vuitton and founder of the Off-White label Virgil Abloh.

A few days ago, at Art Basel Miami Beach, Mercedes-Benz unveiled one of the final collaborations completed by famed designer Virgil Abloh: a rugged two-door coupe concept from its Mercedes-Maybach ultra-luxury sub-brand. The founder of the Off-White label and director of menswear at Louis Vuitton passed away suddenly just days before.

The concept, called the Project Maybach, is meant to envision what the marque could bring to the electric-powered, rugged, off-roading space. As such, the concept pushes the boundaries of imagining how the great outdoors could be accessed by a high-end consumer in the near future.

The result is this massive two-door two-passenger coupe. With an overall length of nearly twenty feet, and a yacht-like prow, this sporting vehicle does not appear at first glance to be all about utility. 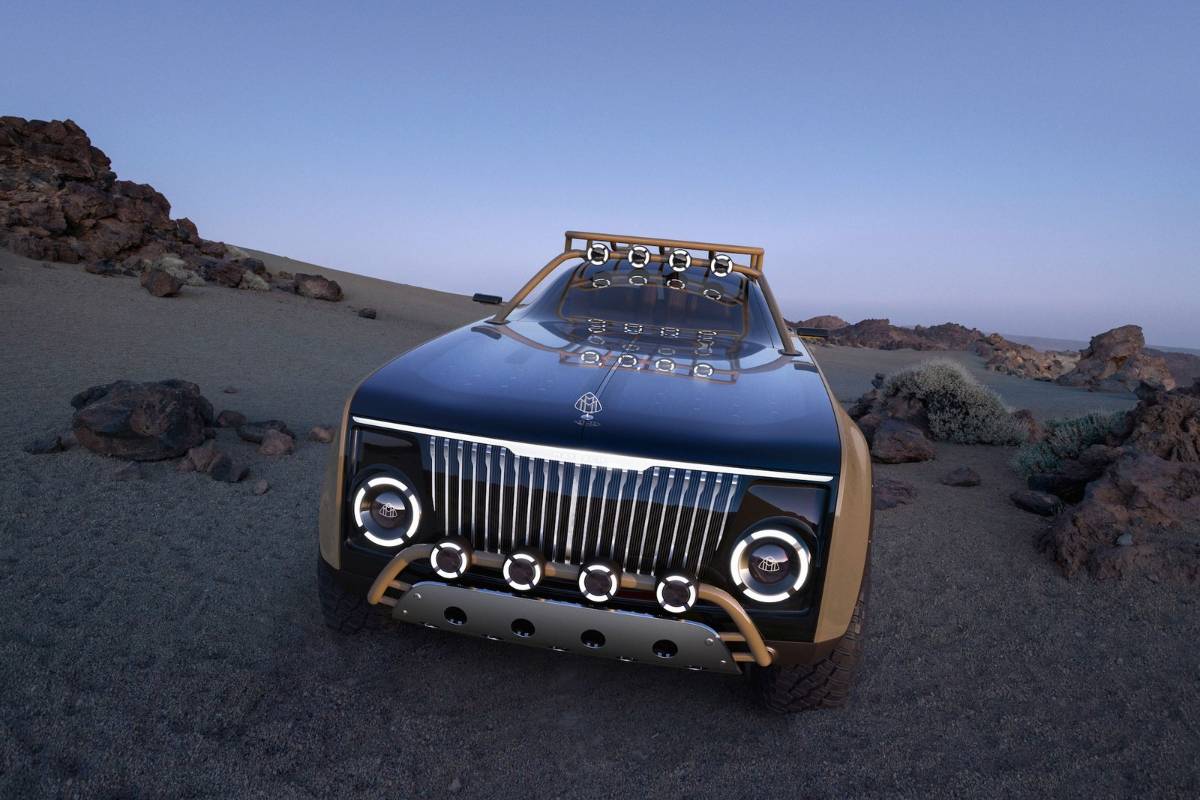 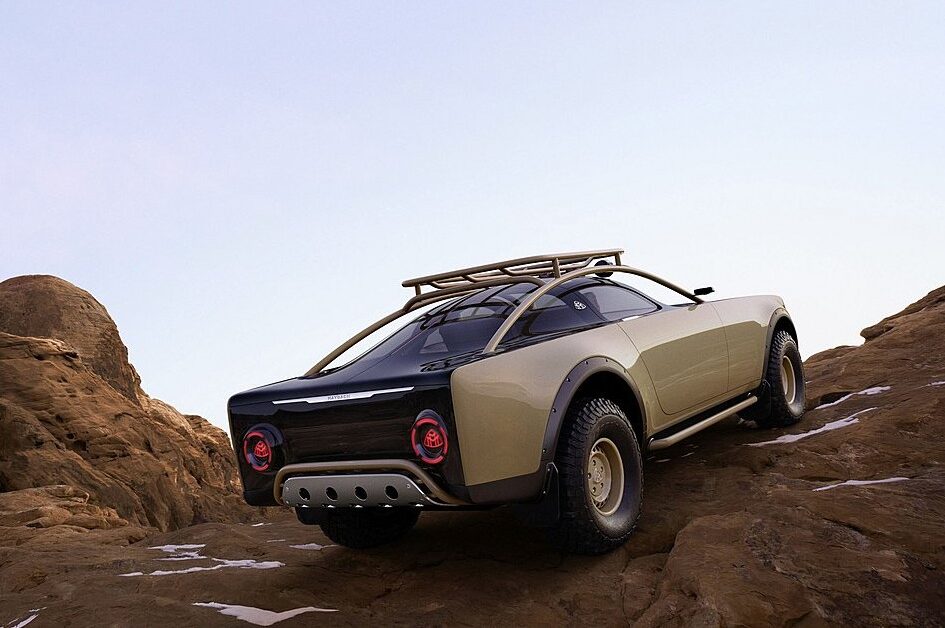 But a closer look reveals giant knobby tires for traversing difficult terrain, an integrated roll bar over the cabin to protect occupants in case the vehicle ends up shiny-side-down in the dunes, and front and rear skid plates protecting vulnerable componentry from stumps and boulders traversed while in the backcountry.

Because one of the focuses of Abloh and Mercedes has been on pursuing notions of sustainability in ultra-luxury goods, the car is not only battery-powered, but also integrates solar charging cells into the gargantuan hood to help add to the vehicle’s all-electric range. In addition, the interior materials are tanned using coffee beans. 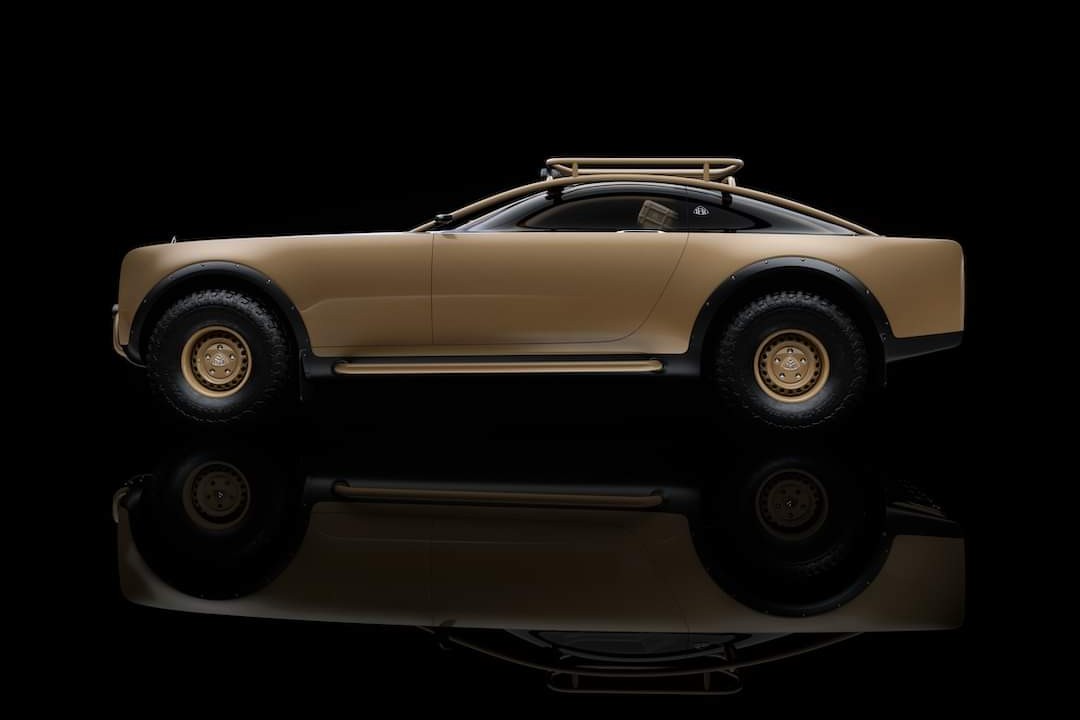 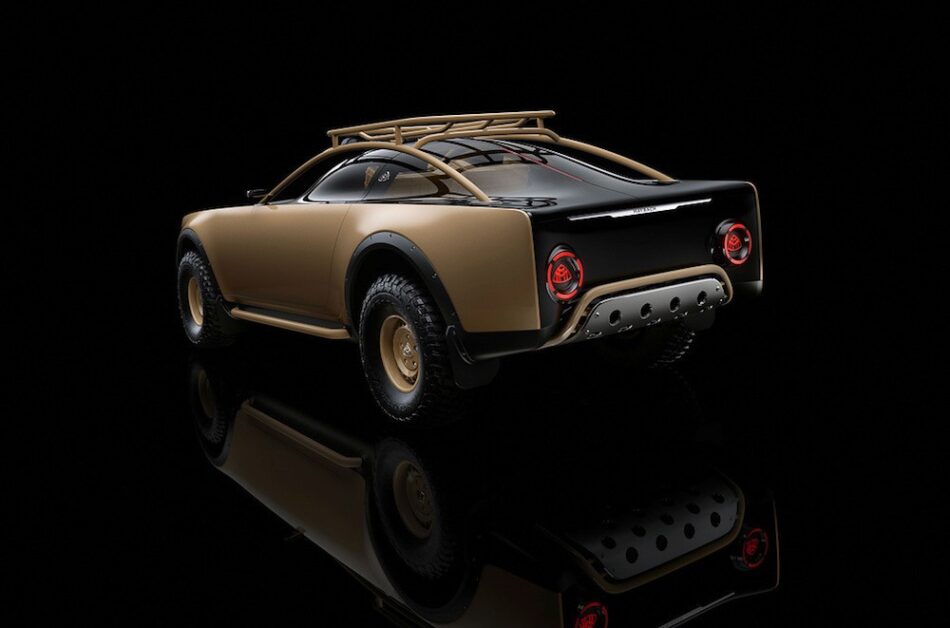 Inside, the vehicle is lined in the same caramel color that acts as the core exterior hue, though here rendered in creamy, ribbed leather. Aluminum trim acts as a highlight in the screen-filled digital interior, as do analog touches like a physical compass embedded into the dash. The seats recline fully to transform into beds and can even be removed—like a suitcase—should an occupant want to set them up elsewhere, like around a campfire or in a glamping platform tent. The jacquard houndstooth headrests unfurl to become a blanket.

Mercedes is known for creating outrageous concept vehicles that never see production. But with its salient combination of cocooning and escapism, this special car speaks strikingly to our contemporary moment. Perhaps making it will become another means to honor Abloh’s intriguing legacy.