Business, In The News, Lifestyle

Delete salon helps those wanting to erase their ink

Georgann Yara Special for The Republic

She was born in Chicago and intended to focus on the game.

But when Marci White took her staff to a Chicago Cubs spring training game, she couldn’t ignore a huge distraction. It started when attendees, mostly from the Windy City, took off their shirts to soak up the Arizona sun.

“There was a sea of not-artistic tattoos,” said White, who pondered whether the ink was still loved by its bearers. “I saw pretty awful tattoos and wondered, ‘What do you do if you don’t want these tattoos anymore?’”

White, a veteran of the hospitality corporate and non-profit worlds, did some research and discovered that 50% of people with tattoos have one or more they wished to remove.

She decided to stop wondering and start providing an answer. 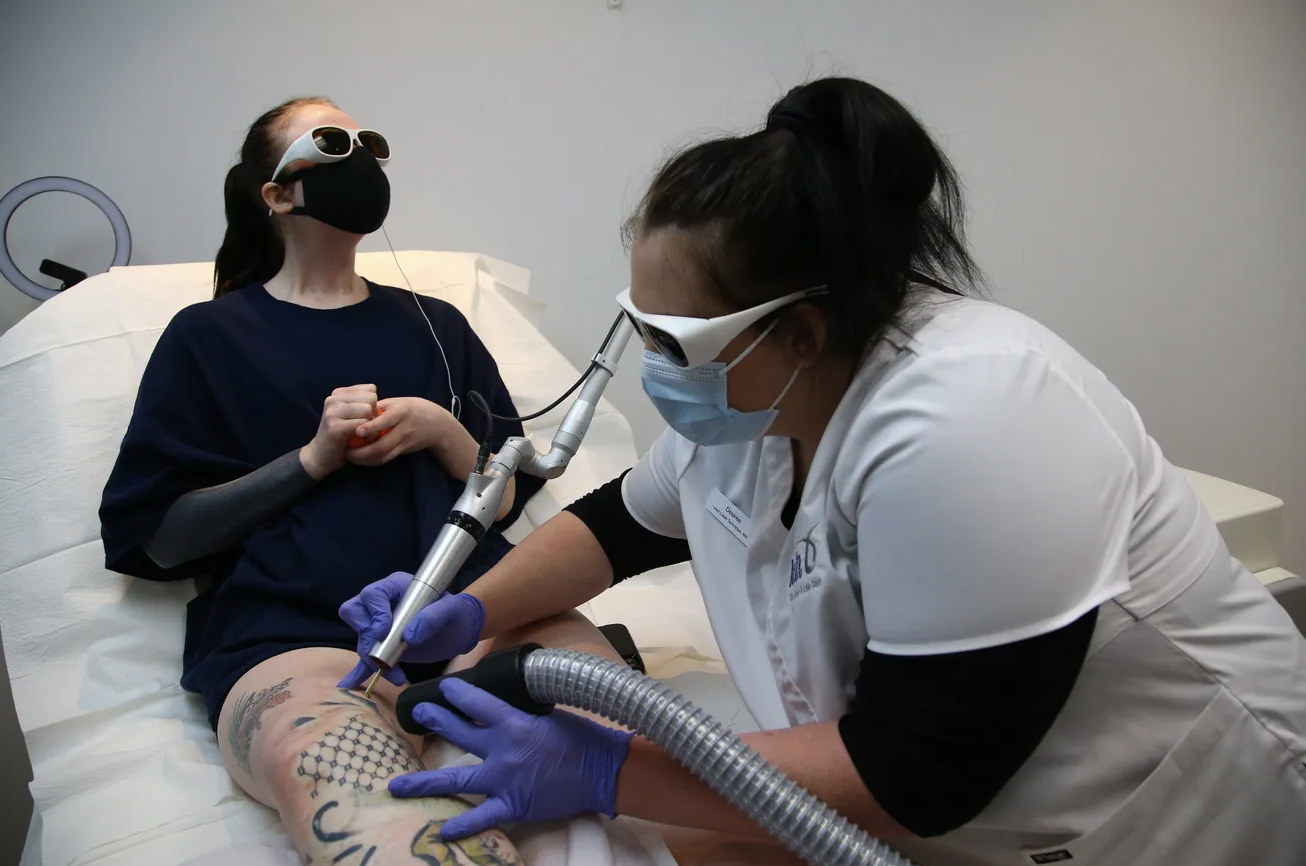 When White started Delete –Tattoo Removal & Medical Salon in 2010, tattoo removal had more of a stigma than tattoos themselves. Although tattoos became increasingly more mainstream and diverse at the start of this century, White found that the business of removing them mostly focused on tattoos associated with prison time or being in a gang. And often, those businesses weren’t the most professional or savory.

“It was very backdoor at the time,” White recalled. “We wanted a system that didn’t pass judgment and treated (customers) with respect… to make it a mainstream service that people aren’t afraid of or embarrassed by.”

White did that when she opened her Phoenix shop. For a while, people assumed White and her team were anti-tattoo. That changed once they met her and saw that almost every staff member had tattoos.

The perception of tattoo removal and the once-painful and painstaking process to get it done have also since changed. When applied properly, modern laser technology makes it nearly painless, reduces risk of burning and leaves little, if any, scarring. It’s also done in half the time.

White’s business model gave hers a medical procedure angle that focused on also managing the pain. Injectable lidocaine numbing takes away at least 95% of the pain, White said.

All of this elevated Delete by appealing to those previously fearful of the process. 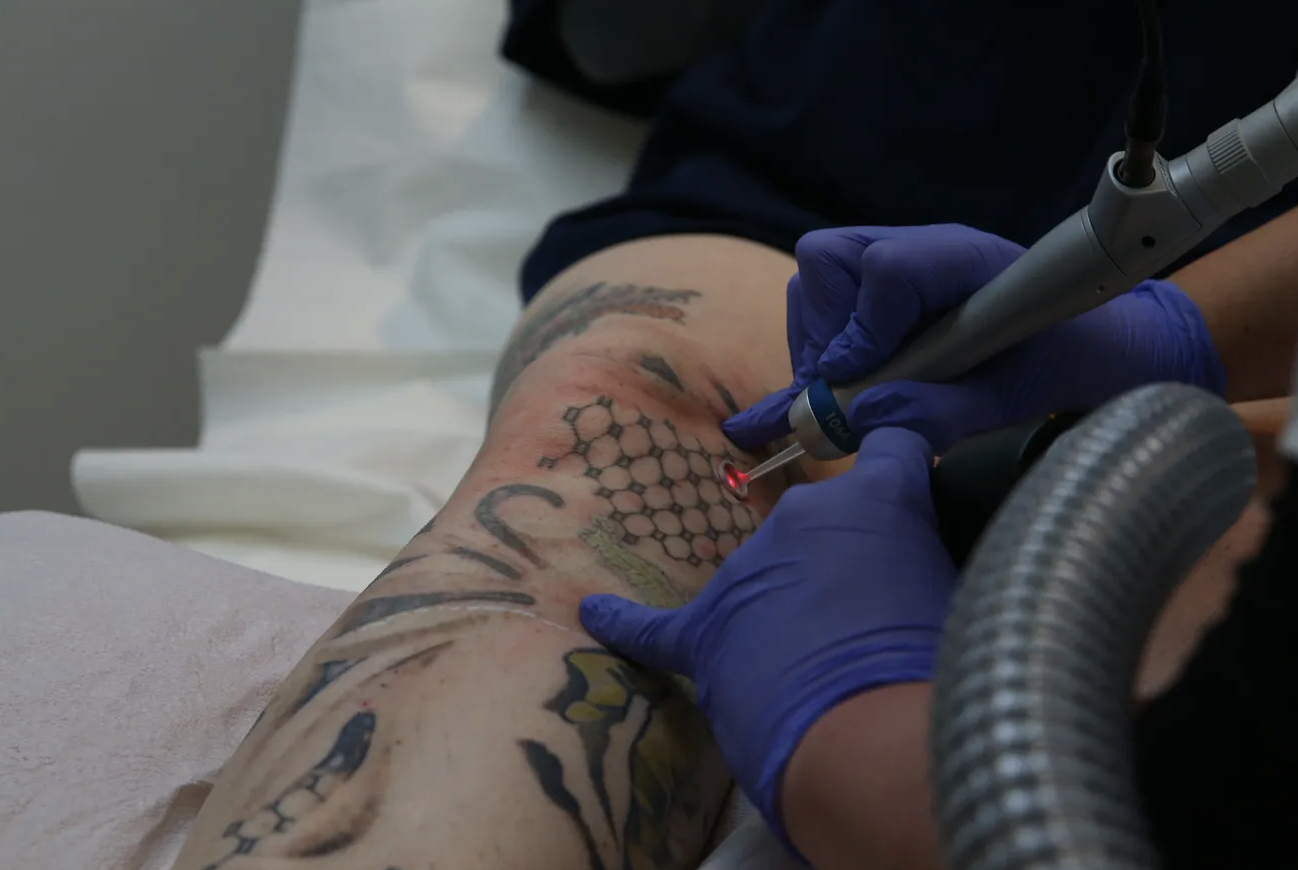 “There’s no screaming or fainting or blood. This is not your mama’s tattoo removal studio,” White said.

The results have garnered so much attention that the company’s before and after gallery has been published nationally.

The tattoo industry doesn’t appear to be slowing down anytime soon, which means Delete won’t be either.

According to industry resource Saved Tattoo, Americans spend $1.6 billion a year on getting a tattoo or adding on to an existing one.

And the global tattoo removal market size is projected to reach $795 million by 2027, according to Allied Market Research.

Demand as well as their benefits to tattoo removal were the reasons these services were added, explained White’s daughter Lena Zimmerman, director of Delete.

“We are trying to enhance the process as quickly and painlessly as possible with the best results,” Zimmerman said.

Removal takes eight to 12 treatments, with an eight-week waiting period between each to allow the ink to break down and skin to recover, Zimmerman said. In all, it takes at least one year, so a relationship develops between Delete staff and their patients. Many return after the tattoo is gone for the other services. Several clients come just for those services without the need for removal.

“They get to know us,” Zimmerman said. “People find us for removal but stick with us for everything else.”

Over the past 11 years, Delete has served more than 12,500 clients and completed more than 50,000 appointments, according to company data. White and Zimmerman are poised for additional growth with the opening of a second location in Chandler this summer.

Monica Thomas was among those who have received treatment during this time. Thomas first came to Delete in 2019, when she discovered the studio could remove tattoos with state-of-the-art laser technology. 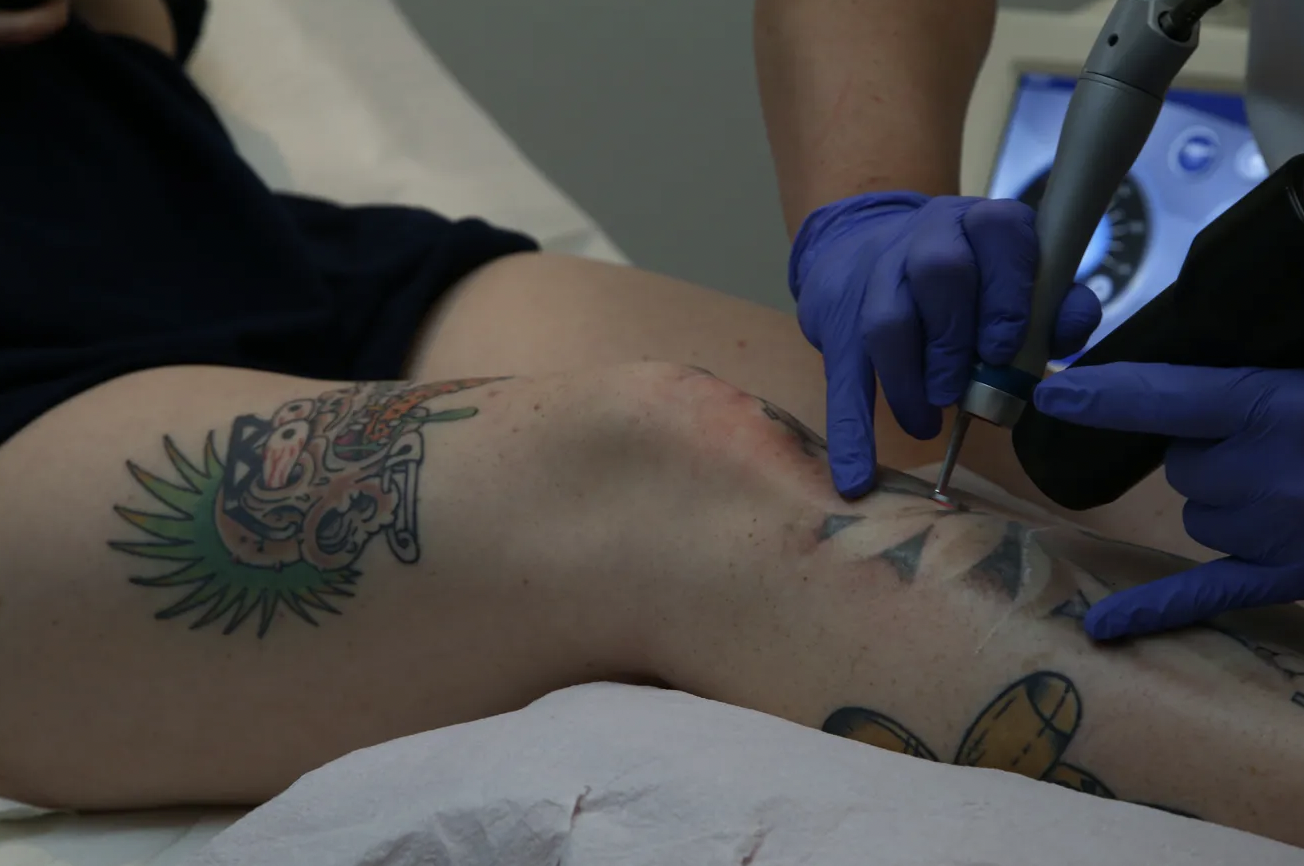 For two years prior, Thomas had the name of her ex affixed along the side of her left pinky finger. When she got married, she said her husband asked, “Could we do something with that?”

Thomas tried and went to a tattoo shop. But the ink of the name was so dark that it persisted to show through the rose tattoo intended to cover it. Removal was the only solution.

After seven treatments, only two scant lines remain. Thomas hopes that by the time she returns for the eighth in August, she will be told it’s her last. After getting numbed, the process takes about 15 minutes and is painless.

“It’s so quick and it doesn’t hurt at all,” said Thomas, who lives in Phoenix and has recommended Delete to friends. “The women there are so helpful and they answer any questions I have. I plan to continue going there even after this is over. They are amazing.”

Born in Chicago, White grew up in St. Louis with her seven younger siblings. After graduating from the University of Missouri, White went on to hold marketing director positions with Marriott International. She served as the executive director of the Juvenile Diabetes Research Foundation’s Desert Southwest chapter and then as foundation’s national office’s director of national partnership development before launching Delete.

Zimmerman’s management knowledge gained through a decade in the hospitality industry was a fit for her mother’s booming business, which sparked her coming on board with Delete in 2019.

White and Zimmerman credited their hospitality backgrounds with giving Delete its focus on the customer experience, which they say has made a difference with building a satisfied clientele that includes those from out of state who fly in for treatments.

They say they have seen success with even the most difficult tattoos: tribal bands that are composed of ink and scar tissue, for example. The process can remove scars. This also comes in handy when correcting a botched removal job from another place.

“It’s common for someone to come in and say, ‘I went someplace and look at this.’ Can you help me?’ Yes, we can,” White said.

White has numerous stories over the past decade from those her company has helped overcome or move on from a time in their lives for which they would not want a visual reminder, for them or for others.

Some want a new job or career and the tattoos they got when they were a different person or in a different place in life no longer fit with their plans. White has written letters to future employers confirming someone is getting a neck tattoo removed so the person could start a new job.

One man came back years later after getting his knuckle tattoos removed.

“He put his fist in front of me. He said, ‘This changed my life,’” White said.

And there are the heartfelt stories behind the ink. Like the man who got a wedding ring tattoo when he married his wife. After she cheated on him, they split up. Later, he found out they both were going to be in the wedding party of mutual friends. The man wanted it off before they saw each other again at that wedding. Delete fulfilled his wish.

“They mean something. That’s why the process can be so emotional,” White said. “There’s the fascination of taking off something that is considered permanent and empowering them to make that change.”

Interesting stat: The global tattoo removal market is projected to reach $795 million by 2027, according to Allied Market Research.