Editors Picks, In The News, Politics

Cuomo investigation: What we know and what’s next

Just over a year ago, New York Gov. Andrew Cuomo was widely beloved for his telegenic response to the coronavirus pandemic

NEW YORK (AP) — New York Gov. Andrew Cuomo’s monthslong fall from grace reached a nadir Tuesday, when investigators said they substantiated sexual harassment allegations against him from 11 women, many of whom have worked for him.

Cuomo, once widely beloved for his telegenic response to the coronavirus pandemic, continues to deny the allegations and maintains he isn’t going anywhere — but his political future might soon be out of his own hands.

Here are the takeaways from the report and Cuomo’s response, along with what happens next:

WHAT WAS CUOMO ACCUSED OF DOING?

Multiple women accused Cuomo of sexual harassment and assault. The public allegations, which started in December and cascaded over the winter, ranged from inappropriate comments to forced kisses and groping.

Well, no. A probe can’t find anyone guilty — that’s for a judge and jury to decide. Plus, the probe was civil, not criminal, in nature. But investigators did find the 11 women were telling the truth about Cuomo’s behavior and that Cuomo created a hostile work environment “rife with fear and intimidation.”

BUT WILL CUOMO BE CHARGED?

State Attorney General Letitia James, who oversaw the probe, said there would be no criminal referral but local police and prosecutors can use the evidence and findings to build their own cases. The district attorney in New York’s capital, Albany, said Tuesday he was requesting James’ investigative materials and encouraged victims to come forward.

CUOMO TOLD THE PUBLIC TO WAIT TO JUDGE HIM UNTIL THE INVESTIGATION WAS COMPLETE. WHAT DOES HE SAY NOW?

Cuomo is more defiant than ever, disputing allegations in a taped response and saying “the facts are much different than what has been portrayed” and that he “never touched anyone inappropriately or made inappropriate sexual advances.” He also alleged that the investigation itself was fueled by “politics and bias.”

HOW IS CUOMO EXPLAINING HIS BEHAVIOR?

Cuomo apologized for making staffers feel uncomfortable, but chalked up some of the allegations to misunderstandings caused by generational and cultural differences (he’s Italian American) while flat-out denying the more serious allegations. Accompanied by multiple slideshows of Cuomo and other politicians embracing members of the public, the governor said the gesture was inherited from his parents and meant to convey warmth.

IS ANYONE PRESSURING CUOMO TO RESIGN?

Lots of people. President Joe Biden — once Cuomo’s close ally — said Tuesday that, while he hadn’t read the report, he thought Cuomo should quit. Both U.S. senators for New York, Chuck Schumer and Kirsten Gillibrand, say he should resign. So does U.S. House Speaker Nancy Pelosi, the governors of neighboring New Jersey, Pennsylvania and Connecticut, and many other Democrats.

OK, SO WHAT’S NEXT IF CUOMO DOESN’T RESIGN?

The state Assembly has the power to bring impeachment charges against Cuomo and aims to wrap up its own probe “as quickly as possible,” according to Speaker Carl Heastie, a Democrat who said it was clear Cuomo could no longer remain in office. The Assembly could theoretically vote to launch impeachment proceedings before the probe is finished.

This isn’t California. New York has no mechanism to remove elected officials via recall.

FINE. HOW DOES IMPEACHMENT IN NEW YORK WORK?

New York impeachments start in the Assembly, and if a majority of members vote to impeach Cuomo, the matter moves to the Impeachment Court. In this case, that court would comprise the state Senate — minus its majority leader — and the seven judges of the state’s highest court. Two-thirds of the court would need to vote to convict to remove Cuomo.

HAS A GOVERNOR OF NEW YORK EVER BEEN IMPEACHED?

Once, in 1913. Gov. William Sulzer was ousted after less than a year in office. He claimed his impeachment was retribution for turning his back on the powerful Tammany Hall Democratic machine.

IF CUOMO LEAVES OFFICE, WHO WOULD BECOME GOVERNOR?

Kathy Hochul, the 62-year-old lieutenant governor. The Democrat from western New York once served in Congress, but has a limited public profile in the state.

IS CUOMO IN ANY OTHER TROUBLE?

James is also investigating into whether Cuomo broke the law in having members of his staff help write and promote his pandemic leadership book, “American Crisis: Leadership Lessons from the COVID-19 Pandemic,” for which he was set to earn more than $5 million. Federal investigators are also probing the state’s handling of data related to nursing home deaths.

IF HE ISN’T OUSTED, WILL VOTERS HAVE A SAY?

So far, all signs point to him running for a fourth term in 2022, and he has begun fundraising. Some polling earlier this year suggested the public’s support for Cuomo had slipped, but not dramatically so. No other Democrats have officially issued a primary challenge. On the Republican side, possible opponents include U.S. Rep. Lee Zeldin and Andrew Giuliani, son of Rudy.

WAS THIS PROBE POLITICAL?

James has denied having any political motivations for the probe, which was authorized by Cuomo, and has not said publicly whether she is interested in running for governor. While her office oversaw the probe, it was conducted by two outside lawyers, Anne Clark and Joon Kim, who spoke with 179 people — including Cuomo himself.

DID THE INVESTIGATION UNCOVER ANY ALLEGATIONS THAT WE DIDN’T ALREADY KNOW ABOUT?

Yes — according to the report, a state trooper on Cuomo’s security detail said Cuomo ran his hand or fingers across her stomach and her back, kissed her on the cheek, asked for her help in finding a girlfriend and asked why she didn’t wear a dress. The report also included an allegation from a woman working for an energy company who said Cuomo touched her chest at an event and brushed his hand between her shoulder and breasts.

HOW DID CUOMO RETALIATE AGAINST A FORMER EMPLOYEE?

WHAT WERE CUOMO’S ACCUSERS’ RESPONSES TO THE REPORT?

Charlotte Bennett, a former aide to whom Cuomo personally apologized in a taped response to the findings, called the apology “meaningless” and said that if the governor were truly sorry, he would step down. A lawyer for two accusers called Cuomo’s response “laughable” and “manipulative.” Boylan’s attorney expressed gratitude toward investigators.

WILL CUOMO TALK ABOUT THIS ON HIS BROTHER’S SHOW?

Probably not. The governor’s brother, Chris Cuomo, is a CNN anchor. The fraternal duo — sons of the late Gov. Mario Cuomo — grabbed headlines in the early days of the pandemic for their banter on the younger Cuomo’s primetime show, but Chris Cuomo has since been barred from covering his brother. Tuesday’s report also detailed how Chris Cuomo advised his older brother. 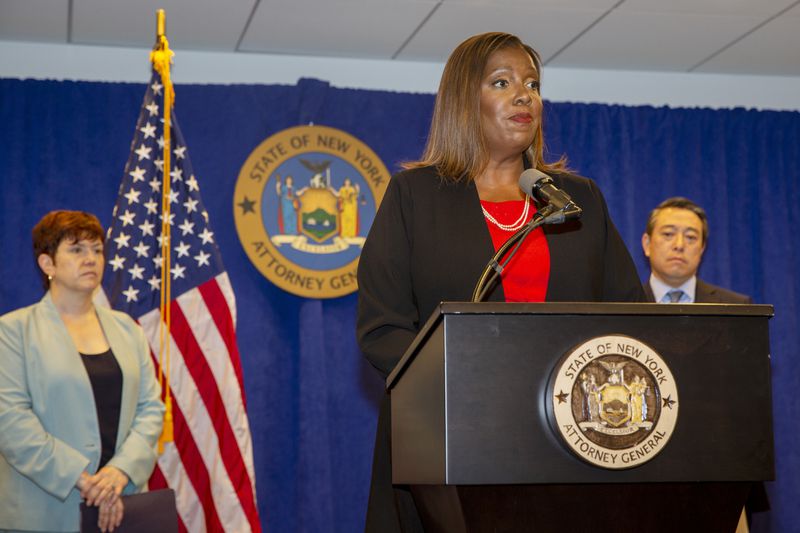 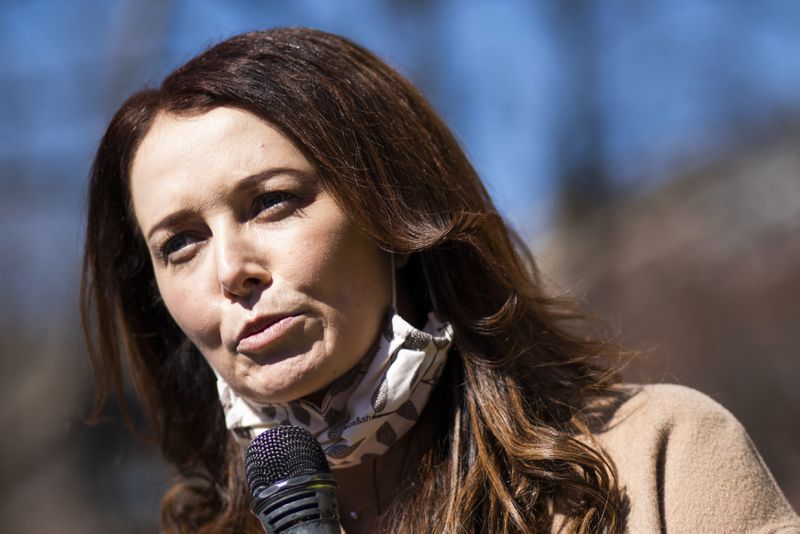