For months, cars were driven sporadically or not at all. So as the economy reopened, when many people grabbed keys and headed out the door to work, shop or visit with friends, an odd thing happened.

Many vehicles didn’t start. Others badly needed service. And while that is good for a mechanic’s business, it has been bad for getting the parts needed to do the work all at once, said Kevin Keller, a Norcross-based mobile technician for YourMechanic.com.

Prices are higher and everything has to be ordered early or the job gets postponed — which has happened, Keller said. “Even for simple stuff, like brake pads, I have to be pre-emptive. I need a fuel pump tomorrow for a Dodge Charger. I better have it today.”

The problem — supplies coming up short as demand suddenly rebounds — is widespread. And it means consumers sometimes can’t get what they want right away, or they have to pay more to get it.

Inflation as measured by the U.S. Consumer Price Index soared 5.4% in June from a year earlier, its fastest pace in 13 years. Prices for used vehicles surged 10.5% from the previous month, fueling much of the run-up, amid a global shortage in semiconductor chips used in cars and trucks. But prices on other goods and services also rose sharply last month, from airline fares to apparel.

That worries some economists and businesses, who wonder whether it’s time for the Federal Reserve to lift interest rates and choke off inflation. Pressed on the idea, Fed Chairman Jerome Powell this week told Congress he thinks price spikes will be temporary, but that depends on how long the supply chain’s gears keep grinding.

It is, of course, all about the pandemic.

Fifteen months ago, business closures and stay-at-home orders triggered shortages of consumer products like toilet paper and yeast. Most kinks got straightened out but reopening the economy jangled the supply chains. Like a machine revving up after running in low gear for months, the multi-trillion-dollar global supply network has bucked, rattled and run rough.

Part of today’s problem is the efficiency of the pre-pandemic system, said Pinar Keskinocak, professor in Georgia Tech’s Stewart School of Industrial and Systems Engineering.

For decades, supply chains were increasingly designed to be economical, using cost-saving tricks like keeping inventories as low as possible. Supply chains “are not designed for flexibility and responsiveness. They are not like race cars. If you turn to the right or the left, they don’t turn quickly,” she said.

The effects run the economic gamut.

When Winton Machine in Suwanee orders an electrical strip that is a component in the fabrication equipment it makes, it used to wait about six weeks, said Maureen Paige, operations manager. “Now, it is looking like 17 weeks.”

Some clients won’t wait — they’d rather change the order, said Dean Collins, president of Axis Companies of Alpharetta, which designs buildings and manages projects, some of them disrupted by a scarcity of steel bar joists.

The joists are used to support roofs. But they are in short supply, which forces Axis to hurriedly redesign buildings for impatient customers, he said. “Maybe we use shorter spans in the building. Maybe we go to wood or use Redbuilt trusses, which are metal and wood.”

In a restaurant, a change in supply can make an immediate difference — and not always in a good way.

Jose “Pepe” Fundora, co-owner of Casa Nuova Italian Restaurant in Alpharetta, said he has been frustrated by a series of shortages, starting with a French liqueur that has been widely used to make Oysters Rockefeller for decades.

“Now it’s out of stock,” he said. “We had to use alternatives and it changed the flavor a little. Some people liked it, some people did not.”

And sometimes there’s no substitute.

“First, calamari was three times the price, and then I couldn’t even get it,” Fundora said. “I tell the customers that it’s just not available, and they look at me like I’m the bad guy.” 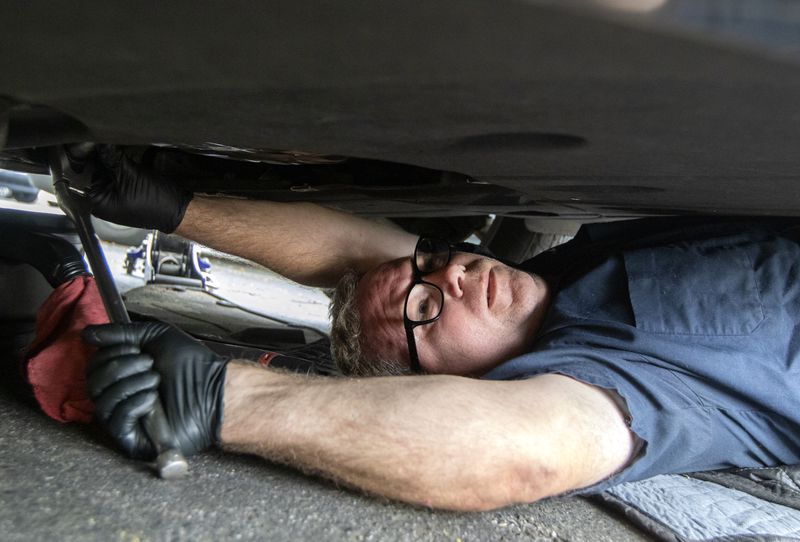 Uncertainty about what happens next — and for how long

For now, higher prices are a nuisance, not a crisis.

But all the added costs have not been passed along. Prices of many materials have climbed far more than most consumers realize, because many businesses thus far have been reluctant to raise prices and risk losing customers.

Winton Machine is paying an average of 20% more for many parts, but is not passing it along, Paige said. “But we will eventually have to build that in. We want to be profitable, too.”

So long as businesses think their higher costs are temporary, they will be slow to raise their own prices, economists say.

The danger comes when businesses think even-higher costs are coming and start to raise their prices to get ahead of the curve. As others in the chain follow suit, inflation begins to feed on itself, a process that can be painful to people on fixed incomes, businesses that are locked into long-term contracts and workers who cannot get higher wages.

If this were an old-fashioned, overheating economy, manufacturers would want to grab the higher profits, ramping up production quickly. Soon, supplies would exceed demand and prices would drop.

This time, the problem is much more complicated.

Since demand so far has been partly fueled by government spending and stimulus payments, factory owners aren’t sure they can depend on it, so they are slow to expand, said Aleksandar Tomic, associate dean for strategy, innovation and technology at Boston College.

“I think the higher prices are here for six months to a year,” he said.

The adjustment also depends on where the goods are coming from.

The shorter and simpler the chain, the quicker it will adapt, said Sanchoy Das, supply chain expert at the New Jersey Institute of Technology. “Lumber is a good example. Prices jumped but are now closer to normal.”

But chains reaching to Asia are more complex, he said. “Christmas could be a challenge.”

Production is off kilter because some factories were closed, and many have had trouble rehiring workers as they reopen and try to adapt to a post-pandemic demand. Distribution too is uneven. Thousands of ships were idled or out of position, while air services were curtailed. And the usual paucity of truckers is worse than usual.

“A wide swath — nearly everything — is affected. Nike sneakers, computers, bananas, grain, medical devices, heart valves. It will disentangle itself, but it is not going to happen overnight,” said Ira Breskin, author of “The Business of Shipping” and a senior lecturer at the State University of New York Maritime College.

The more complicated the industry, the harder the adjustment.

“In capital-intensive industries, it’s not easy to ramp down and then ramp up again. Or with something like pharmaceuticals, it is not just equipment. It is rules, regulation and a trained workforce,” said Georgia Tech’s Keskinocak.

Atlanta: Why do we need to mask up now?

How to Keep Bagged Salad Greens Fresh as Long as Possible

The right way to improve your body’s flexibility