Cadillac InnerSpace Concept Is a Sleek Autonomous EV with a Loveseat

The luxury two-seater ditches the steering wheel for a massive, panoramic LED screen.

If you need further proof that Cadillac is moving away from its internal-combustion past, here it is. Ahead of the release of its electric Lyriq SUV, which will go on sale in the first half of 2022, Cadillac is showing this InnerSpace concept, which imagines a self-driving luxury two-person EV of the future. 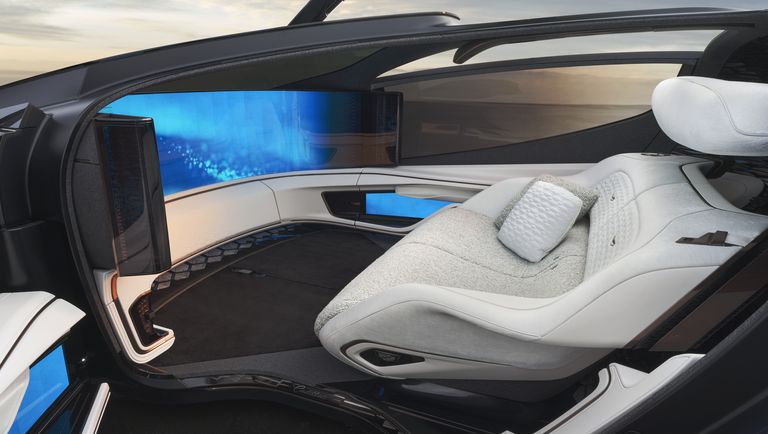 The InnerSpace is, of course, powered by electricity and utilizing the Ultium platform that also underpins the upcoming Hummer EV and Chevy Silverado EV. Cadillac says that the platform’s wireless battery management system allows the battery modules to be spread around the vehicle. This let the designers maximize interior space and create a low floor, giving the InnerSpace a “sports-car-like” seating position with seats that can be separate or move together into a loveseat configuration.

The InnerSpace’s dramatically raked roofline features panoramic glass, and the roof and doors open in conjunction with each other to ease entry and exit. Inside, the reclined, two-person seat faces a wraparound LED display. Cadillac says passengers can choose from Augmented Reality Engagement, Entertainment, and Wellness Recovery themes on the screen. 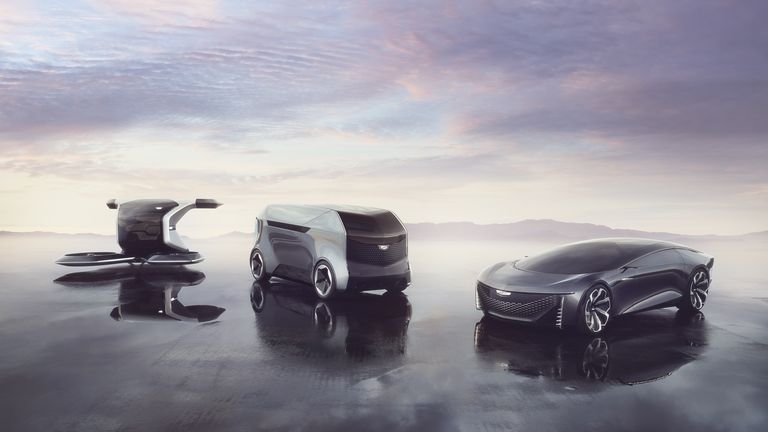 The InnerSpace concept joins two vehicles revealed at last year’s CES as part of what Cadillac calls the Halo Concept Portfolio. The PersonalSpace is a single-seater, vertical takeoff and landing concept that would allow its passenger to travel over ground traffic, while the SocialSpace is a boxy, vanlike vehicle that can seat six. Cadillac also hinted at another concept, called OpenSpace, to be revealed later.