BK says they are “the first global quick-service restaurant brand” to serve the new chicken nuggets made from plants.

So last month, when Impossible Foods announced their latest product, Impossible Chicken Nuggets Made from Plants, the launch arrived with some noteworthy restaurant names: Fuku, Red Rooster, and Joyland, as well as smaller chains like Fatburger, Gott’s Roadside, and Dog Haus, were all said to be adding these plant-based nuggets. But once again, Impossible is turning to Burger King to bring their take on faux-chicken to the masses.

Today, Burger King announced that it will be “the first global quick-service restaurant brand” to test out these new plant-based nuggets. (Not to imply that these nuggs are experimental; they’re already available in grocery stores.) Specifically, Burger King will be serving eight-piece orders of Impossible Nuggets for a limited time beginning on October 11 at locations in Des Moines, Iowa; Boston, Massachusetts; and Miami, Florida.

Each order will be sold with the customer’s choice of dipping sauce. And BK does mention that, though the nuggets are made from plants, they’re cooked in the same oil as meat and cheese products. (That’s likely a preemptive warning to avoid issues with vegan diners who weren’t thrilled with their Impossible burgers sharing grills with beef.)

“This isn’t the first time we’ve teamed up with Impossible to make waves in the industry,” Ellie Doty, Burger King North America’s chief marketing officer, stated. “So, it’s only fitting we’re the first global QSR to test the Impossible Nuggets. We’re excited to hear what our guests in the test markets think of this latest innovation.”

But wait a second: Burger King has also slipped some potentially more exciting news into this announcement. For anyone who prefers their chicken the old-fashioned way (from a bird), BK says they are also adding a new limited-time-only nugg to the menu: spicy Ghost Pepper Chicken Nuggets, which the chain says are “kicked up with fiery ghost pepper” for added heat. 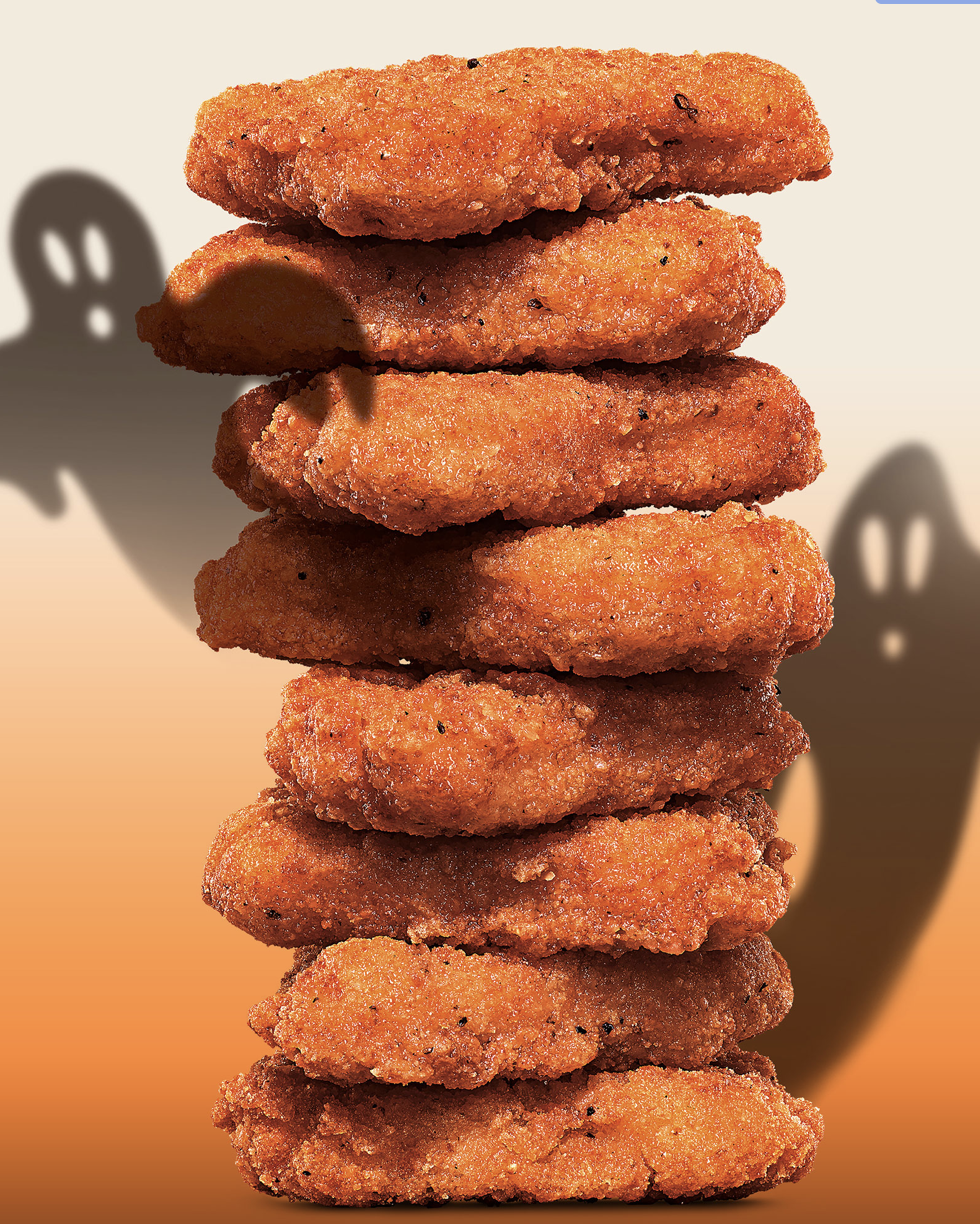 Ghost Pepper Chicken Nuggets can be ordered today through the BK app if you’re a Royal Perks members. Everyone else will have to wait until October 11 to see if these new nuggets are as spicy as their name suggests.