BMW’s new scooter gets a major tech boost plus a manga-approved design.

The electric mobility revolution is already sweeping the four-wheeled world, with dozens of players vying for a small but quickly growing wedge of the overall car market. For the two-wheeled side of things, that growth is happening more slowly — despite the best efforts of players like Harley-Davidson. Today, BMW is unveiling its latest electrified ride, and it looks like an artifact sent back in time.

It’s called the CE04, a production version of the Definition CE04 concept that we saw last year, and a successor to the C Evolution that’s been around since 2014. What’s changed since then? Well, a lot.

It starts off with a new, 8.9 kilowatt-hour battery pack pieced together using the same cells from BMW’s upcoming iX and i4. This offers an estimated 80 miles of range — actually a downgrade over the C Evolution’s 99 miles. However, that’s the only figure that’s lower. Everything else looks to be a big step forward, including level-two charging that can go from 20 to 80% in just 45 minutes. A full charge on L2 takes 100 minutes, or 4 hours, 20 minutes on a good ol’ wall outlet.

The 42-horsepower scooter rides on 15-inch wheels and offers a motorcycle-like suspension setup, with a fork up front and a single-sided swing arm at the rear with a shock. That power is moderated by a standard traction control system, while optional stability control will keep the thing pointed in the right direction even when you’re leaned over. ABS comes standard, though here too there’s an optional, lean-sensitive upgrade.

The most notable part of the thing, though, is clearly its design. BMW calls it avant-garde but I simply call it incredible. Long and low, with a 66-inch wheelbase, it clearly doesn’t look like any modern motorcycle but definitely wouldn’t look out of place in the pages of Shonen Jump, or your chosen modern source of manga. Seriously, click on that gallery above and dig into the details. This thing is wild. 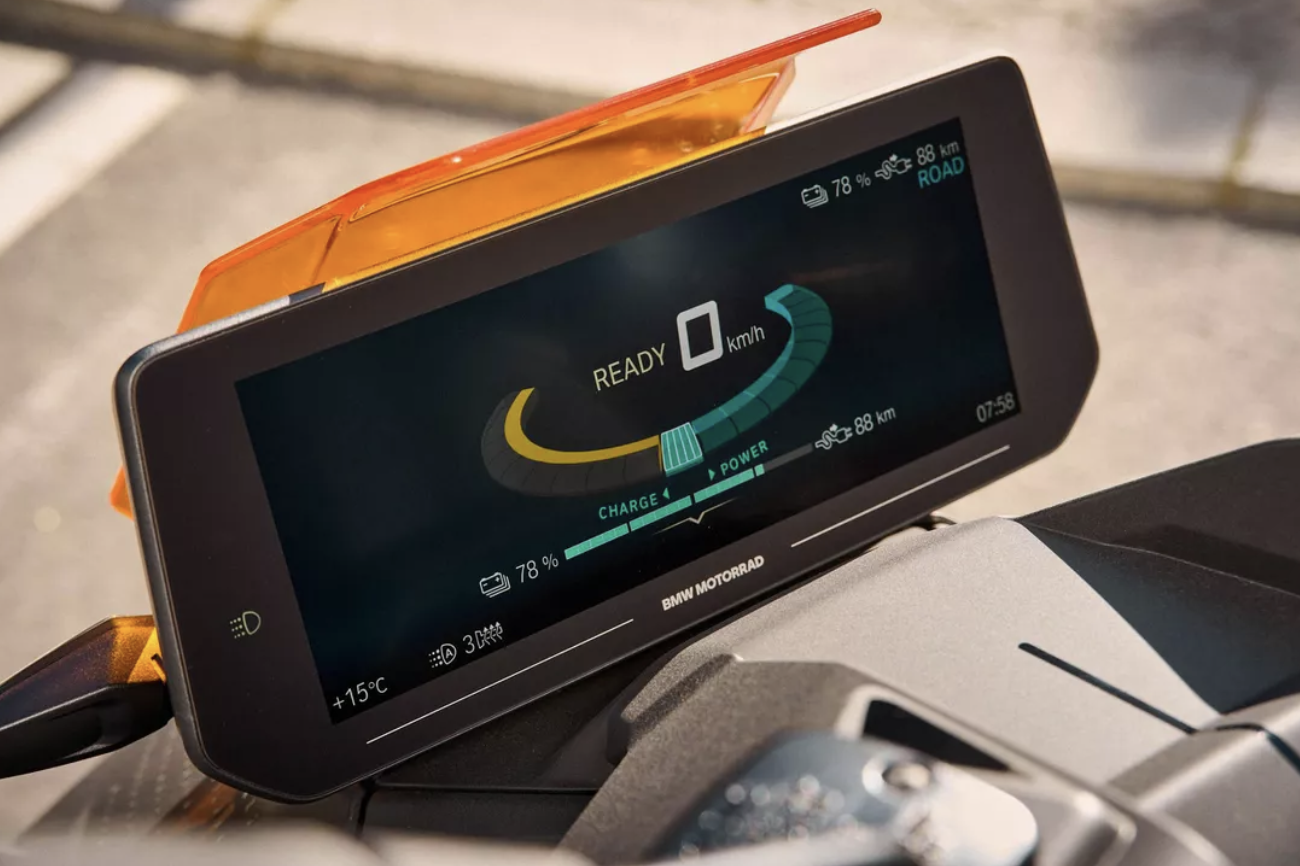 That look is backed by a healthy injection of modern technology, including LED lighting all-round with an optional adaptive headlight that points in the right direction even while you’re leaned over. A waterproof, cooled smartphone compartment contains a USB-C cable for charging, while a 10.25-inch LCD offers integrated navigation and status. Sadly, though, neither Android Auto nor Apple CarPlay are on offer.

That Adaptive Headlight is part of the $1,650 Premium Package, which also includes an L2 cable, heated seat, tire-pressure monitoring and the more advanced traction control and anti-lock braking systems. That’s on top of the $11,795 MSRP, which will make this a pricey scooter for sure when it hits US dealerships early next year. But the value proposition always gets a little murky when art enters into the equation, and this thing looks so good it’s hard to consider it anything but.