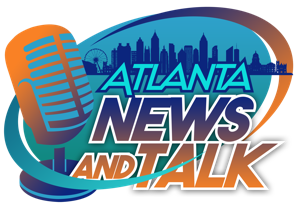 Harold Samuel coined the phrase “location, location, location” as the three things that matter in real estate. The same could be said for starting a business. If you’re thinking of becoming your own boss, you’ll be glad to know you’ve nailed two of those locations.

In May, we reported that Atlanta is the third best city in the nation to start your career, according to a WalletHub analysis. Now, the financial website has found Georgia to be the second best state in the country to start a business.

To determine 2021′s best and worst states to start a business in, WalletHub compared the 50 states across three key dimensions: business environment, access to resources and business costs.

Each of those dimensions was then evaluated using 28 relevant metrics, each of which was graded on a 100 point scale, with a score of 100 representing the most favorable conditions for business creation.

The Peach State came in first for business environment, which includes metrics for average length of work week, five year business survival rate, startups per capita and more. In the other two dimensions, Georgia finished 31st for access to resources and 20th for business costs.

Rounding out the top five were California, Florida and Idaho, in that order. The worst state to start a business in, according to WalletHub’s analysis, was New Jersey, with a score of just 41.07.

“I believe all the states will see an upsurge in business startups, service industries in health care, elder care, travel and leisure, and personal care will be big,” said Martha Mattare, an associate professor in the Department of Management at Frostburg State University and director of the business program at the University System of Maryland at Hagerstown.

William Bowman, a professor of entrepreneurship in the Busch School of Business at Catholic University of America, however, sees a boom in technology businesses.

“Artificial intelligence, robotics, renewable energy, technology-enhanced education. I see a massive brain drain happening in California which is great news for the rest of us. Texas, Florida, and the mountain states will benefit now that Zoom has shown us what is possible using their technology,” he told WalletHub.