Unlike the new electric GV60, the Electrified GV70 looks just like one of Genesis’s gas-powered models, and it comes standard with all-wheel drive.

Genesis is expanding its EV lineup with another model that’s nearly identical to one of its gas-powered offerings. Unlike the funky looking electric GV60, the new Electrified GV70 compact luxury crossover will look just like the gas-powered GV70, joining the G80 luxury sedan’s twin, the Electrified G80, in the Korean luxury automaker’s electric lineup. 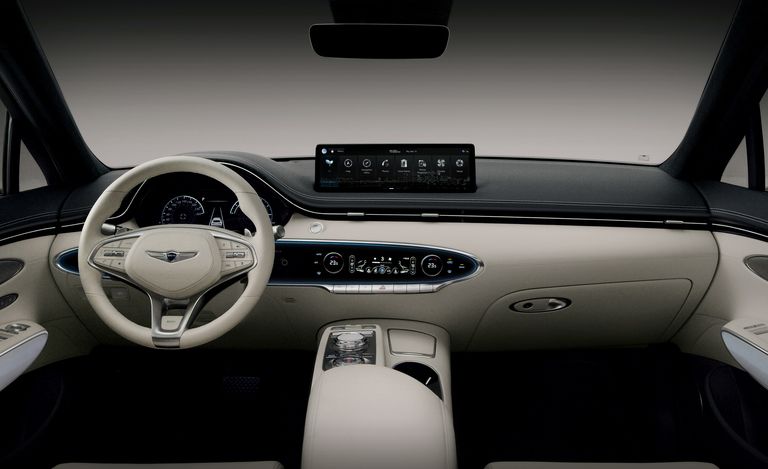 The key difference between the gas and electric versions of Genesis’ compact luxury crossover is the Electrified model’s solid textured grille that hides a panel for the charging port. And, of course, there are no tailpipes sticking out the rear. This example revealed for global markets is finished in a matte Atacama Copper paint job with a Glacier White interior. Its cabin is also identical to the gas-powered model with a large, widescreen display that rises up from the dashboard.

All Electrified GV70s come standard with a dual-motor setup providing all-wheel drive, but they can disconnect the electric motor from the driveshaft to switch between two- and all-wheel drive, helping efficiency. The two motors produce 483 horsepower in a special Boost mode that will help it reach 60 mph in 4.5 seconds, according to Genesis. That claim is 0.4 seconds ahead of the 375-hp GV70 3.5T we tested. Genesis hasn’t announced details on the battery pack or range estimates, but it claims that while using 350-kW fast charging it will have the capability to replenish the battery from 10 to 80 percent in under 20 minutes. 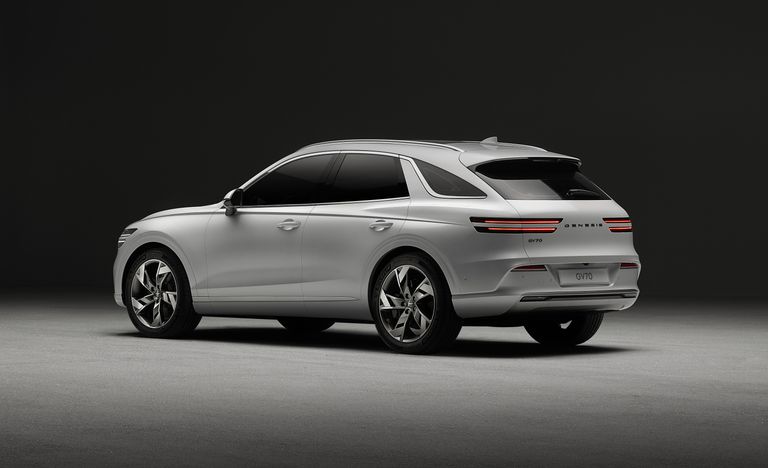 Look for more information on the Genesis Electrified GV70 in the coming months as the automaker releases more specs on the version that’ll be sold in the U.S. Expect it to have a significant price premium over the gas-powered model’s $42,045 starting price.