The PHEV version of the crossover will go on sale in the second half of 2022, and more info is coming October 28.

The Mitsubishi Outlander looks quite different from the Nissan Rogue it’s based on, and the Mitsu will also differentiate itself from the Nissan by offering a plug-in-hybrid variant. Ahead of its arrival in the U.S. in the second half of next year, we can now see the 2023 Outlander PHEV inside and out thanks to these photos Mitsubishi has released ahead of the full debut October 28.

The main styling cues unique to the hybrid are badges on the front fenders and a charging port on the rear fender. It’s identical inside, even including the third-row seat that was absent in the previous-generation Outlander PHEV. It’ll be available in ten colors including red, white, and black. 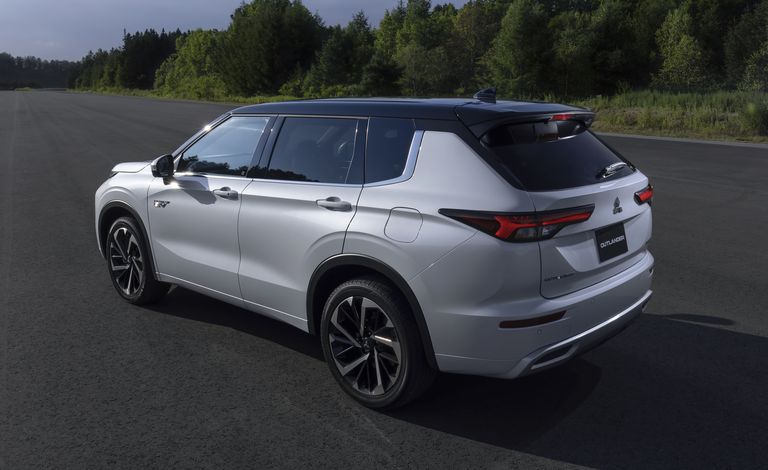 Full details on the Outlander’s powertrain will come in a few weeks, but we know that it will offer an all-wheel-drive system with two electric motors: one in the front and one in the rear. It should also offer more electric driving range than the outgoing model, which is EPA-rated to go 24 miles on a full charge.

While it was the only plug-in-hybrid available in the U.S. for some time, the Outlander plug-in hybrid will face more competition this time around. Toyota now sells a RAV4 Prime and Ford offers a PHEV version of the Escape.