Featuring a turbo-four and a six-speed manual, Acura’s new entry-level hatch is again targeting the enthusiast crowd and will start at around $30,000.

The 2023 Integra rides on the same platform found under the Civic Si, and shares its 1.5-liter turbocharged four along with its limited-slip differential. No power output was given, but we’re guessing it’ll make at least 200 hp. Also making a comeback is an available six-speed manual transmission—the first Acura to feature a stick since the 2015 ILX. There’s also the Civic Type R’s rev-matching feature on tap. An automatic transmission will also be offered, further differentiating it from the stick-only Civic Si. 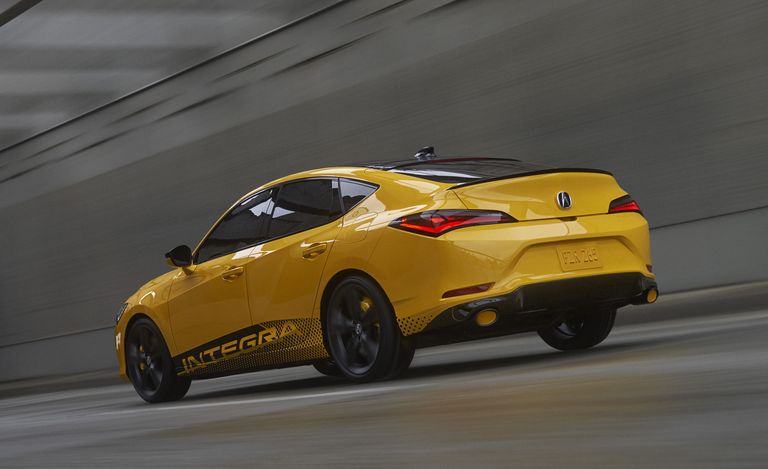 The four-door hatchback configuration makes a return as well, last seen on the first-generation Integra. With no trunk to impede its progress, the roofline gently swoops completely rearward, kicked up right at the end by a subtle decklid spoiler. The rear styling is inspired by the second- and third-generation models, with a wide expanse of sheetmetal bisecting two swoopy taillights and punctuated with a prominent Acura logo. Unlike all three past generations, however, there will be no three-door version this time around. Indy Yellow Pearl paint adds punch to the overall silhouette. It’s unlikely that the color-matched tailpipes will make production.

We wish Acura were equally as daring with the front end, which features Acura’s handsome familial grille. LED lighting front and rear adds some sparkle, and the embossed “INTEGRA” on the front and rear bumpers is a nice touch. 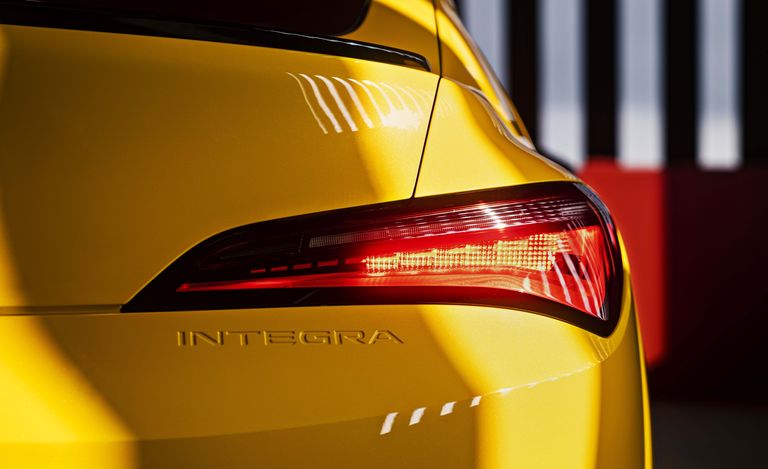 Acura is mum on further details, though they did reveal that the 2023 Integra will launch sometime next year with a starting price of roughly $30,000. While it’s several grand more expensive than the Civic Si and departing ILX, Acura is banking on the performance angle to woo the hearts of younger drivers.